There's a Real Downside to Drinking These Popular Beverages 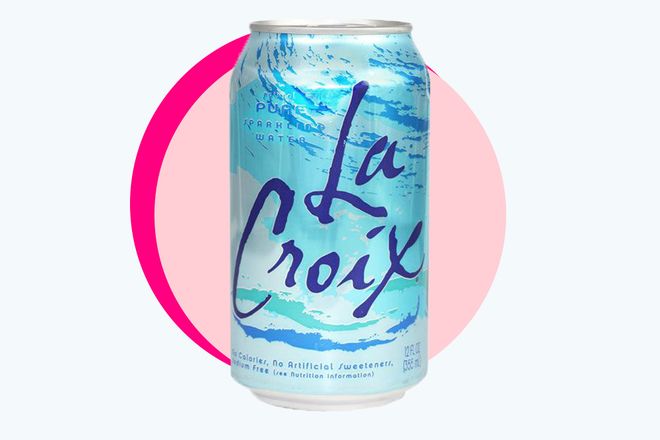 Sparkling water brands like LaCroix blew up in 2016 and are still gaining popularity—I drink at least one a day. I mean, have you tried the Blackberry Cucumber flavor? With consumers looking for healthier options, many have given up soda altogether but still want something with a little flavor rather than drinking plain old water. With these new carbonated options, you get the same refreshing bubbles of a soda but none of the bad ingredients (sugar, artificial sweeteners, sodium, etc).

However, nutritionists are quick to point out that these yummy alternatives can also cause bloating just like their sugary counterparts thanks to the added carbonation. So as we approach bikini season, keep this expert insight in mind.

"Fizzy water is actually a healthy alternative if you are trying to kick your soda habit, or don’t like drinking flat water, as long as it does not have added sweeteners or sugars," says New York nutritionist Brigitte Zeitlin. "But, drinking too much of the bubbly water can lead to bloating. The carbonation in these drinks are air pockets, and as the air builds up in your stomach, you start to feel bloated and gassy. This air buildup can also lead to burping and farting as your body tries to get rid of the air."

Celebrity nutritionist Paula Simpson adds, "Excess carbonation in the gut causes an acidic environment and can aggravate digestive health, especially if you have sensitive digestion or irritable bowel syndrome."

You May Also Like: 9 Foods to Avoid If You Want a Flatter Stomach

So how could carbonation be the reason for bloating, when I was told growing up that these fizzy beverages (my mom always suggested ginger ale) help calm down an upset stomach? It seems kind of contradictory right?

Here's what Zeitlin had to say: "When it comes to 'settling a stomach,' the feeling better is likely more linked to hydrating your system, rather than the carbonation aspect. Rehydrating is crucial to combatting nauseous, diarrhea or a hangover, or when you are a virus or cold, so all fluids will help improve your symptoms. The bloating factor depends upon how much of the carbonated stuff you are actually drinking, and which is the lesser of two evils for you and your tummy troubles. Sometimes feeling less nauseated and more energized outweighs a little belly bloat." Simpson adds, "An upset stomach may also be related to excess gas, and the carbonation sometimes can stimulate release."

Two other important things to note if you're a carbonated water fan:

Try not to drink them close to bedtime.
"Our digestive systems slow down when we are sleeping (like all of our systems), so drinking carbonated stuff before bed may make your bloat linger longer and can upset your sleep patterns," says Zeitlin. "Drinking it earlier in the day is a better idea."

Or while you eat.
According to Zeitlin, drinking carbonated drinks while you’re eating can trick your body into feeling full from the air pockets, so you stop eating your meal, only to still be hungry shortly after. "To make sure you're filling up on your food (and not air) stick to flat water when you’re eating. You’ll feel more satisfied and won't go looking for a snack too soon."

So if you're swapping out your standard tap or bottled water for these fizzy versions, make sure they're sugar- and sweetener-free (you can also make your own variety with club soda and fresh fruit) and be mindful of potential belly bloat if you're heading to the beach in a two-piece. 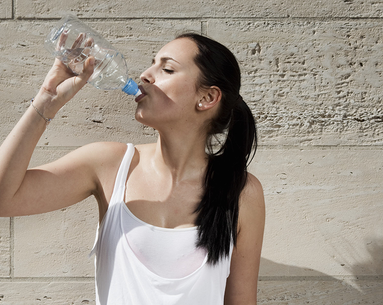 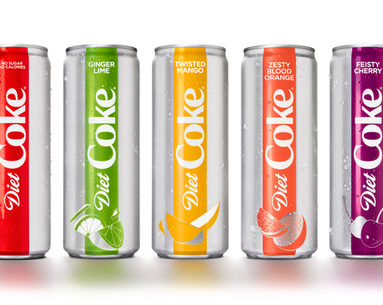 “The Diet Coke you think you know is history.” 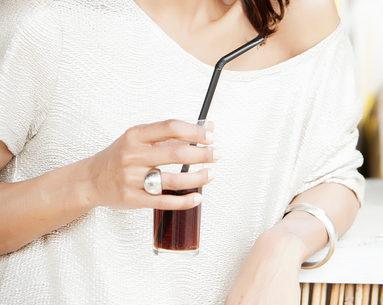 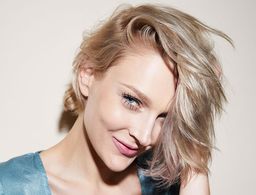