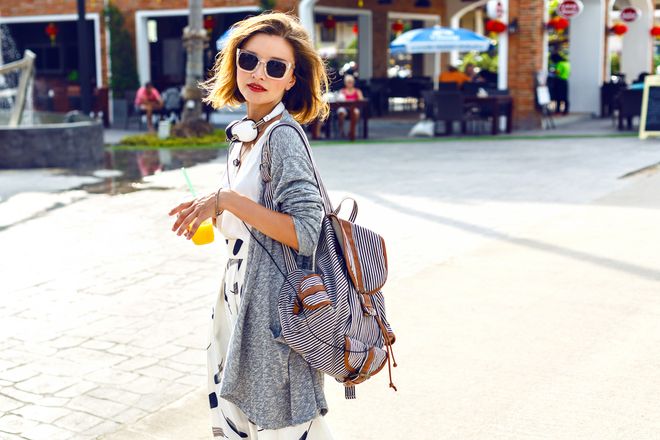 It's a pretty good policy not to believe everything you hear, and that holds especially true in the world of beauty—many claims, beliefs and semi-truths are totally bogus. Cosmetic chemist Kelly Dobos breaks down five she wishes we would stop believing.

You May Also Like: FDA Warns This Beauty Product Could Cause Lead Poisoning

Myth 1: Chemical-free claims are legit.
Dobos says there is no such thing as chemical-free product. “Anything that is a liquid, solid or gas is chemical." The biggest what-the-heck that might have you questioning everything you know (or at least your high school chemistry knowledge): "Water is chemical.”

Myth 2: If you can’t pronounce ingredient, it probably isn’t good for you.
Just because an ingredient has a name that is hard to pronounce, Dobos says it's not fair to throw it in the "unsafe" category. “Chemicals are systematically named based on the composition and structure of atoms in the molecule, and often there are numerous interchangeable names for a chemical. For example, vitamin C can also be referred to as 2-oxo-L-threo-hexono-1,4-lactone-2,3-enediol.”

Myth 3: Natural products are better for you.
You probably could have guessed this one was coming: No, natural does not mean better. “The composition and quality of natural ingredients can vary from lot to lot. And natural ingredients, especially essential oils and extracts, contain compounds that can be irritants or break down over time to form irritant compounds,” Dobos explains and says one good example of the value of synthetic materials is color cosmetics. “The U.S. FDA regulates what colorants can be used in cosmetics. There is a very short list of natural colors that can be used in cosmetic and they tend to be muted shades that have stability issues that limit their application. Even iron oxides that are touted as natural mineral colorants are completely synthetic as mandated by the FDA in the Code of Federal Regulations or CFR. Synthetically prepared colors are more consistent and have less impurities.”

Myth 4: Parabens are not safe.
According to Dobos, in order to protect the consumer, cosmetics need good preservatives that have broad-spectrum activity again bacteria, yeasts and molds, and that's where parabens come into play. “Parabens are a class of preservatives that have a long history of safe use, but have come under intense scrutiny after the publication of a controversial study in 2004." (The study detected paraben metabolites in breast tumors.) "The study presented this information in the context of the weak estrogen-like properties of parabens and the influence of estrogen on breast cancer. But the study left many questions unanswered and did not show that parabens cause cancer, or that they are harmful in any way, and the study did not have a control [looking at possible paraben metabolite levels in normal tissue]. Additionally, the researcher who led the 2004 study (Philippa Darbre) eventually responded in the Journal of Applied Toxicology to the media-fueled panic over parabens and cancer stating that, ‘No claim was made that the presence of parabens had caused the breast cancers.’ Considerable scientific research has demonstrated that parabens are metabolized and excreted harmlessly by the body and that parabens are safe, effective preservatives in cosmetics.”

Myth 5: The FDA largely does not regulate cosmetics.
This is one that definitely has a lot of confusion surrounding it. “The FDA does not approve cosmetics like they do pharmaceuticals and medical devices, but cosmetics are regulated under the Food, Drug and Cosmetics Act. The FDA prohibits the marketing of cosmetics that are adulterated (violations in composition) or misbranded (improper labeling or misleading claims). It is the duty of the manufacturer to ensure the safety of products. To this point, cosmetic manufacturers must conduct extensive safety reviews and testing of ingredients and finished goods,” Dobos says. 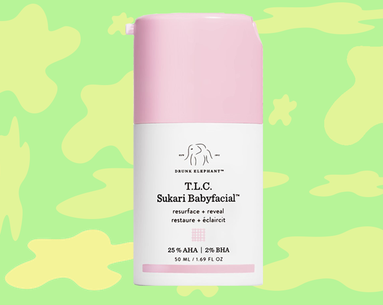 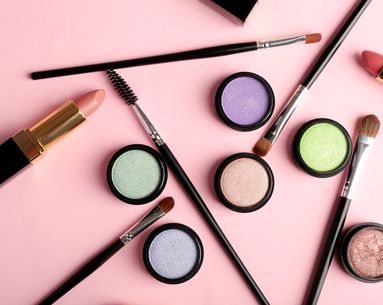 Could this be the beginning of a serious clean-beauty conversation? 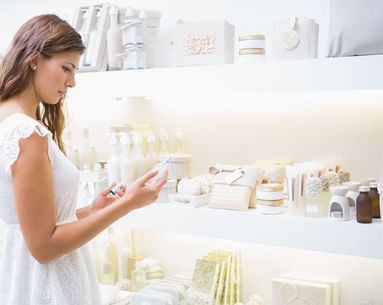 Tips from the pros on what's "natural" and what's not.