How the Wrong Kind of Filler Left This Woman Completely Disfigured

Dermal filler injections have become so commonplace that the procedure is on the top of the list of elective aesthetic treatments patients are having done to reverse the effects of aging. According to the American Society of Plastic Surgeons, injectable fillers were the fastest growing minimally invasive procedure in 2015. With injectable treatments growing by the day, it’s not surprising to hear about botched procedures, scary side effects or rare complications. But hearing about it and experiencing it firsthand are two very different things.

You May Also Like: Are Your Fillers the Real Deal

For 45-year-old Carol Bryan, the complications that occurred as a result of a filler injection gone wrong were horrifying and resulted in permanent disfiguration and temporary blindness. The South Florida woman appeared on The Doctors to share her story and raise awareness about the dangers of receiving the wrong kind of filler injection.

In 2009, after undergoing several successful Botox Cosmetic treatments, Bryan went to see a doctor to address the volume loss in her face that was bothering her. “I started doing Botox in my 30s for the vertical lines between my eyes. It was really amazing. It took years off my face,” said Bryan. “There came a point in time that I started feeling like I was losing some volume and I went for a consultation. I was persuaded to have fillers. By three months I started noticing my face expanding and contracting…my face was blowing up and my forehead began to protrude out like an alien.”

You May Also Like: Black Market Injections: What You Need to Know

According to Bryan, two different fillers, one of which was silicone, were combined in the same syringe and injected into her forehead area. After a few months, Bryan had an adverse reaction to the mixture of fillers injected in her face. “My forehead was becoming so heavy that it started to affect my ability to see,” she said. “I began to have to tape my eyes open to walk.” After several corrective procedures, Bryan’s case became worse, leaving her permanently disfigured.

As they discussed her case on the show, Beverly Hills, CA, plastic surgeon Andrew Ordon, MD, explained that the use of permanent silicone fillers is what led to the initial complications that caused her forehead to protrude. “People that have received silicone injections in the face, body, breast—I can see why you would be talked into that because when you say ‘OK, silicone is permanent. That sounds great, I don’t have to come back, I’m going to address the issue and it’s taken care of,’” said Dr. Ordon. “The problem with silicone is you never know how it's going to react. It is permanent and in so many cases it’s just a matter of time that it is going to become an inflammatory problem.”

With so many people opting for dermal fillers these days, it’s important for patients to research their injector and know exactly what is being injected before the needle pierces the skin. Miami dermatologist Janice Lima Maribona, MD, advises that you research your doctor and the different types of dermal fillers available: “First and foremost, go to an expert injector in your area. Finding a board-certified dermatologist or plastic surgeon is key. Patients should also know the various types of fillers, the brand names and the companies that produce or represent them in the U.S. The doctor should always bring the box into the room and show the patient. The lot number and expiration date of the product are included in the box and should always be visible.” 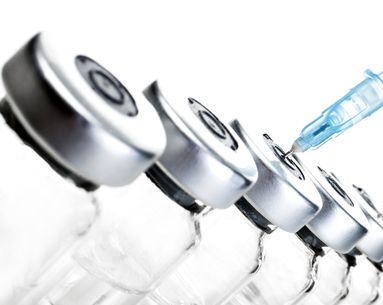 One dermatologist says it's a "HUGE concern" right now.