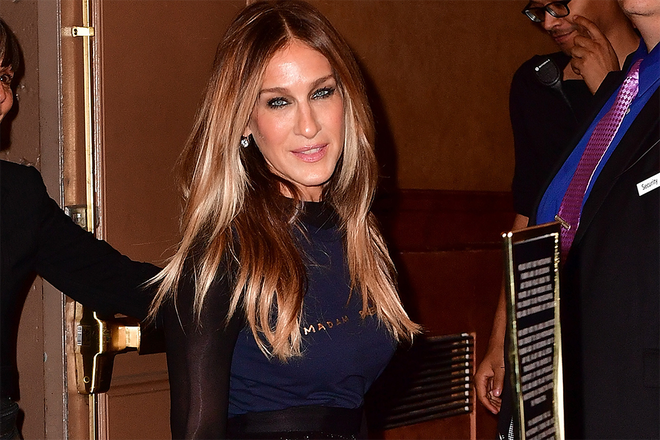 Known for her gorgeous mane, eclectic style, signature smoky eye, and of course, her many roles that span over 30 years—you may remember her from the dance hit Footloose and the role of Carrie Bradshaw from Sex and the City—it’s no secret that eyes have always been on actress Sarah Jessica Parker’s life, style and whereabouts. But now, the actress is launching a follow-up to her successful celebrity fragrance Lovely, named Stash, a unisex scent, and has spurred many a conversation about her beauty and skin care routines. Here’s what you need to know.

Try looking for a photo of Sarah Jessica Parker (SJP) without a sexy smoky eye. You won’t find one. “I wear Laura Mercier’s Caviar Stick Eye Colour  ($29) in 'Jungle,'” SJP tells Vogue UK. “I wear it almost every single day of my life, even if I’m only doing dishes and wiping rear ends.” She says the key to creating the perfect smoky eye is blending the stick quickly while it still has some warmth in it— “then it’s cooked.” While “Jungle” is her go-to, the actress says she also loves “Khaki,” “Plum” and “Tuxedo.” As for mascara, she explains she doesn’t usually reach for any. “I’m wearing it today because I have to be presentable, but it’s rare. If I do wear it, it’s Lancôme Hypnôse Drama ($28).”

You May Also Like: Gillian Anderson's Beauty Secrets Revealed

Well folks, the rumors are true. STASH by @SJPBeauty. Officially launching in the UK on the 14th of September. Enter now to be among the first to purchase STASH in London, plus receive an exclusive personalized gift. Oh, and I'll be there too!!! And I'd so love to meet you. Head to @SJPBeauty now for all the entry details. I guess I should start packing. X, Sj

When asked about her skin care routine, Parker tells Refinery29 that she “doesn’t really have one,” explaining that she wears La Roche-Posay Toleriane Fluide ($30) and tries to remember to wash her face as much as she can. “I try to always wash my face, even if I am really tired and I don’t want to wash my face,” she says, adding that her skin care routine is essentially just a “huge amount of the [La Roche-Posay] fluid.” The actress doesn’t use eye cream, which came as a shock to us. “I don’t wear eye cream or anything because everybody told me it’s basically a bunch of malarkey. I wear lip balm every night, but that’s kind of it.”

As for her hair routine, the actress also tells Vogue UK that she always uses her hairdresser Serge Normant’s shampoo and conditioner. “That’s the truth; if you went to my hotel bathroom right now, you’d be like: ‘She’s not kidding!’ He also has a really great mask that I try to use in the summer when I’m not working as much.” She “goes crazy for” his Dream Big Instant Volumizing Spray ($25), which she uses to give her naturally wavy hair some grit.

And, like everyone, celebrities have drugstore favorites, too. SJP spills hers to Refinery29: "Q-tips, Neutrogena’s Sesame Body Lotion ($7)—not the oil, but the actual lotion; that is our family moisturizer, as is their Rainbath Shower Gel ($18). I also wear Coppertone, which I buy at the drugstore, and the Neutrogena anti-clogged pores sunscreen. Also, La Roche-Posay is the only moisturizer I use; I use the fluid—it’s like water, it’s so good." 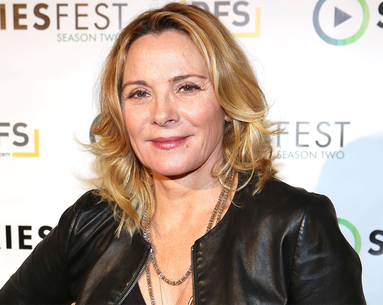 These tips are absolutely brilliant for mature skin. 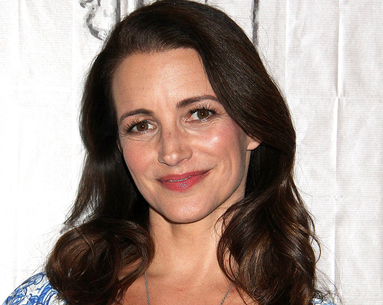 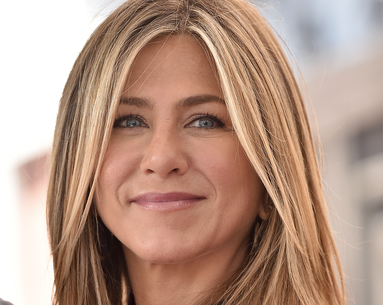 We'll be buying these.