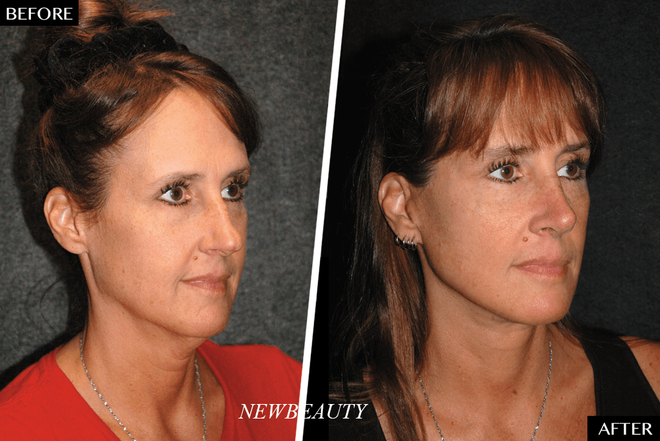 As told to Jolene Edgar

Around 35, I noticed my skin becoming looser, especially around my neck. I was getting all jowly. I’d stand in front of the mirror with my hands over my cheeks, and lift up and back towards my hairline. That’s what I wanted to look like—my old self.

I’d never had anything done before—no lasers, injections, nothing—so a facelift was a big step. But I don’t have the patience for fillers, and I didn’t want to waste time with all that, when in one surgery, I could look better, and not have to think about my face for another 10 or 20 years.

You May Also Like: How the Combination Approach is Changing the Facelift as We Know It

I told [New York facial plastic surgeon] Andrew Jacono, MD, that I wanted to look as natural as possible—still me, but minus 10 years and all the extra skin. He explained that nonsurgical treatments, like injectables, wouldn’t give me the results I wanted because there was too much laxity, so a facelift was my best option. I also decided to get the bump on my nose removed, figuring I might as well have that taken care of at the same time.

I was most nervous about waking up looking like someone else. I mean, obviously, I was worried about the operation in general, too, as there are always risks. But people reacting like, ‘Oh my God, what did you do to your face?!’—that was my biggest fear.

It wasn’t terrible. I was uncomfortable for the first few days, but not in pain. I initially felt tight and tingly, but that dissipated after a few months. I took off three weeks from work, as I had bruising from my rhinoplasty, which resolved completely in that time. I probably could have gone back after two weeks, with some makeup on and my hair down.

When the bandages came off, I was totally amazed! I hadn’t seen this version of myself in 10 years. I was also a little scared because I was still bruised and swollen, and concerned that people could see my scars. But after four weeks, I could wear my hair up without worry. It’s now been two years since my surgery, and no one has ever asked if I had work done. Everybody says I look great, and some have wondered if I lost weight—I get that comment a lot.

Getting a facelift didn’t change my life, but it did boost my confidence. Before surgery, I always tried to talk to people head-on to keep them from seeing my droopy jawline and neck. I wanted to look pretty again, and Dr. Jacono granted my wish—he’s truly gifted. I haven’t done any maintenance treatments since my surgery. I’m a working mother of two, and just managing some face cream in the morning is a small victory. Having a facelift in my 40s was absolutely the right move for me.

*not her real name 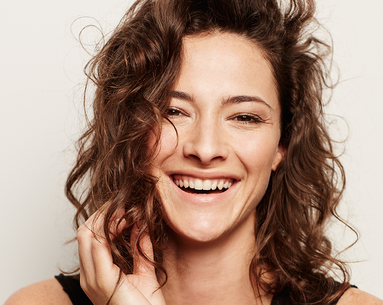 Cosmetic Treatments
Why More 40-Somethings Than Ever Want Facelifts

How the “slacker generation” is reinventing aging. 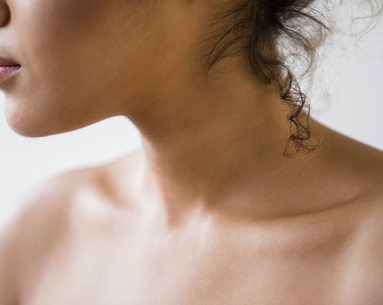 Breakthrough
Modern Thread Lifts Are No Longer Just for the Face

The next generation of threads offers below-the-face benefits. 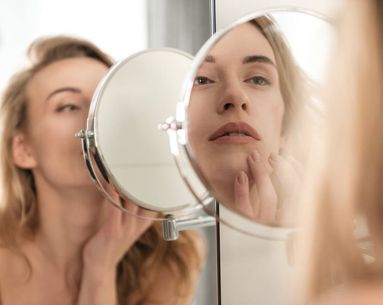 You don't have to go under the knife just yet.