Kristin Davis Shares What She Wished She Knew Before Trying CoolSculpting 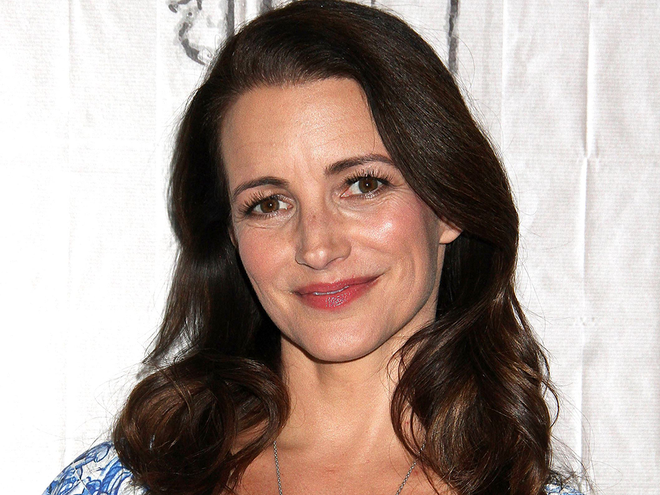 Kristin Davis’ view on beauty is a lot like many of ours. “I’m scared of needles, scared of complications, and scared of doing something that looks bad and not being able to go back and fix it,” she told us, adding that she’s always looking for anything noninvasive to try. Her latest venture: CoolSculpting, the fat-freezing wonder that kills fat cells with the taut of zero downtime, but it wasn’t totally what she was expecting, and in the best way possible.

“During my career I’ve gained weight, I’ve lost weight, I’ve gone to the gym six days a week, I’ve gone to the gym not at all. Right now I’m in a ‘not at all’ phase because I have two kids, but throughout it all, there’s a job you have to show up to, and a lot of times, you have to wear jeans. The last job I did I had, to wear jeans and pants and everything and I remember being a little worried because if you’re curvy on camera, sometimes it can look too curvy. So when I heard about CoolSculpting, I was intrigued, but I had the misconception that in order to be a good candidate, you needed to have a lot of fat you were trying to reduce.

You May Also Like: CoolSculpting Gets Approved for Yet Another Area

I love being curvy and I’m not trying to change that, but I didn’t understand that it was okay, and that certain areas could be targeted with help from your doctor. I think the fact that CoolSculpting seems a little bit ‘one size fits all’ could be a reason to hold someone up from trying it, but I was so wrong. There are nine different applicators and you can personalize your plan with your doctor and hone in on the very thing that’s bothering you. For me, it was my midsection. It wasn’t horrible by any means, but it was one of those areas that wouldn’t change no matter how much I worked out or how well I ate. I had a lot of jeans that I couldn’t fit into, and I really just wanted to button them comfortably.

One month ago, I went to Dr. Grant Stevens office in LA, and they put me at ease in so many ways. I wouldn’t describe any part of the CoolSculpting treatment as painful. There was some suction that kind of surprised me, but it was just to make sure the cold is getting where it needs to go. And then it gets cold—not everywhere, just the area being treated—and after a couple of minutes, the area goes numb. Then I watched television for about 35 minutes—it’s super quick—before they massaged the area afterwards. Right after, my skin was pink and still a little bit numb. Then it was business as usual. I was picking up my daughter from school and totally forgot I had gotten anything done. When I was putting her to bed I thought, ‘Oh! I should check on it!’ and my skin wasn’t pink at all; it looked totally normal, just still a little bit numb. Four days later, I decided to try on my jeans and I was completely shocked at the results—they fit! I was told to wait three months for all of the results to set in—this is how long it takes for all of the treated fat cells to be eliminated—but I was so excited. I couldn’t believe it.

I've only gone once, but I'm going back for more. Looking back, I wish I had known how easy the treatment was. I had no idea; I thought it was going to be harder. I’m scared to step foot into a plastic surgeon’s office for so many reasons, but there was nothing scary or intimidating about it. You know when you haven’t been to the gym in a long time and it’s so hard to start back up, but once you do, and begin to see results it really makes you want to do more and be healthier? That’s how I felt about CoolSculpting. I have been so distracted. I haven’t really been taking care of myself or been focusing on myself like a lot of us do when there are children in the picture, and CoolSculpting gave me the incentive I didn’t know I needed. I wish I had gone earlier.”

Results you have to see to believe.

The actress shares the tips and tricks she swears by. 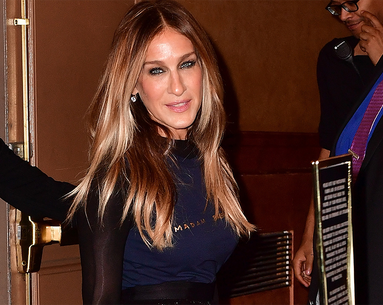 And you won't believe the one skin care product she just won't use.