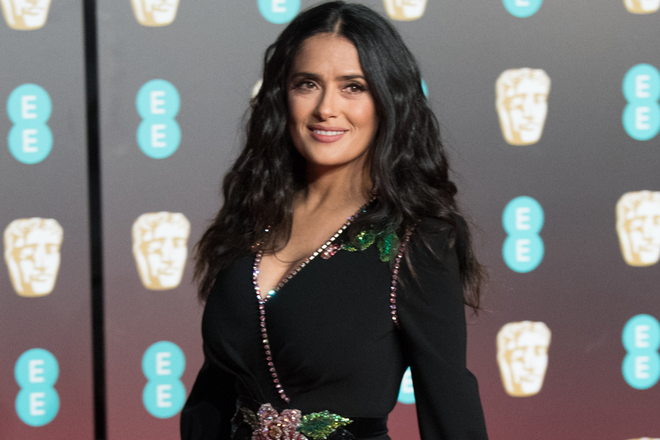 Salma Kayek stepped out in her signature dark curls a day later, proving that the blonde statement was a wig after all.

There were some pretty gorgeous looks at last night's British Academy Film Awards nominee party, but one in particular stood out. Salma Hayek stepped out in a beautiful black Gucci dress paired with a fresh honey-blond lob.

This isn’t the first time Hayek shocked with unexpected blond hair. Back in October, the actress wore a blond wig to Paris Fashion Week that people loved. This time though, it seems like it could be permanent.

You May Also Like: Julianne Hough Just Dyed Her Hair Flaming Red and She Looks SO Different

Some people still speculate that it's a wig considering she was seen two days before with her typical long, brunette curls. However, celebrity colorist Aura posted a picture of Hayek with her hashtag #colorbyaura. It seems unlikely that this highly sought-after colorist would spend time coloring a wig.

Whether it's her new color or a wig, we love the blond. It's the ideal shade, with its darker roots, for winter. 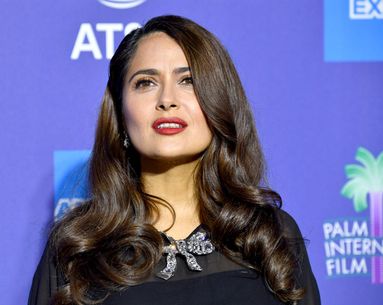 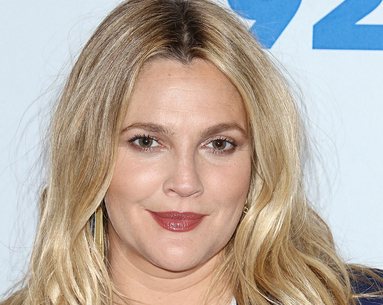 Get your colorist on the phone. 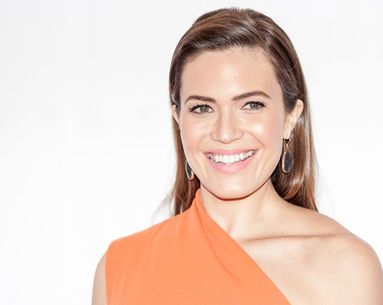 'Tis the season to go lighter.