I’m a pretty healthy eater. Aside from the occasional cookie or piece of chocolate, my daily diet comprises lean protein, fresh fruit, minimal grain-based carbohydrates (never processed ones, by the way) and lots of vegetables. But I hate cooking, and the thought of having to cook vegetables so that I can work them into my diet is one notion I would rather avoid then actually succumb to. And for that basic reason, even though I do eat a lot of salad, I probably don’t get enough of the other greens—think broccoli and spinach—as I should.

I thought that I was out of options until a deskside appointment was set up with Lady Dawn Russell, the creator of 8Greens ($25 for two tubes), an effervescent drink supplement.

As Dawn explained her story behind the invention of 8Greens—she was diagnosed with cancer at age 25 and was in need of complementary medicine treatments (she couldn’t do chemotherapy) and eventually found a solution in the dehydration of the green vegetables. “I started with three IV sacks of greens, which were the first food that I could actually keep down. They literally brought me back to life,” she said. As if her story itself wasn’t enough to make me want to better my diet, the fact that she told me that only 9 percent of Americans get enough greens on a daily basis was reason to try out the supplement and see what it could for me.

While it’s not a meal replacement at all, the sugar-, wheat-, gluten- and preservative-free booster, which took five years to make, includes the most powerful greens into a single tablet to really do the job. “There are eight greens in the effervescent tablet, which does so much for you. Not only does it help with pH levels, which improves the look of skin but it also curbs sugar cravings and acts as a midday energy booster.” Packed with spinach, wheatgrass, kale, blue green algae, spirulina, aloe vera, chlorella and barley grass, each supplement (which is added to water) packs just nine calories in addition to vitamins B and C and zinc.

"8Greens is simplifying the way we get our greens with a water soluble tablet that contains 8 different greens including spinach, wheatgrass, kale, blue-green algae, spirulina, aloe vera, chlorella and barley grass." thank you @stellaspoils for the love #greensonthego #minerals #vitamin #healthbooster #greenbooster

You May Also Like: This Charcoal Cocktail Claims to Stop Bloating

When I finally tasted 8Greens after letting it fizz in a giant cup of water for a few minutes, I was totally shocked at how good it tasted. Refreshing and citrusy, it tasted like a mix of a sweet green juice (minus the calories and sugar) and a glass of water with a bunch of fresh-squeezed lemon.

In fact, I liked how it tasted so much that I started drinking it regularly. It’s actually become one of my favorite midday treats. And unlike something like a protein bar or an acai bowl, I know this is fueling my body with something good and the nutrients I’m probably lacking, and I'm sure glad I discovered it. 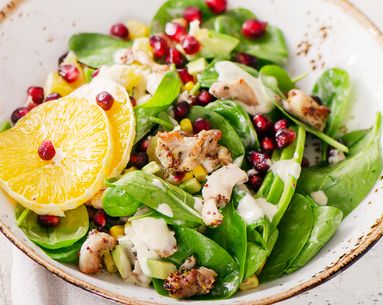 Health + Wellness
This Fat Fueled Diet Is Being Called Atkins 2.0

Here's how to eat fat and lose weight. 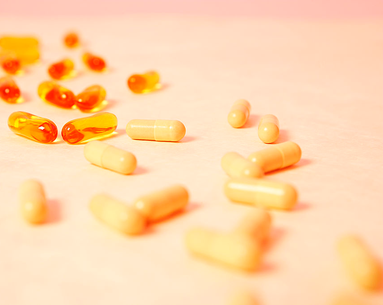 Health + Wellness
Turns Out, You Might Need More Vitamin C Than You Think

Yet another reason to load up on oranges. 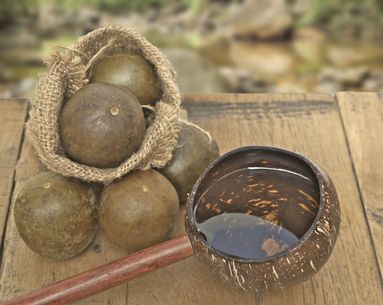