A New Cleanse You'll Actually Want to Do 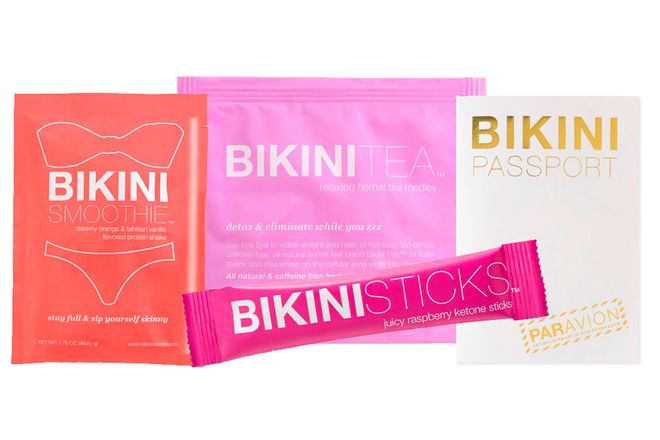 Whenever I’ve forced myself to do a cleanse, I usually quit half way through. The thought of resorting to just juice for days (it tends to leave me bloated), cutting out caffeine and sugar (the culprits behind massive headaches) and following a meat- and dairy-free diet for a week (I can’t survive on salad alone), makes me cringe before I even start the program. So, you can say that I don’t exactly go into it with the best intentions, but I always try to give it a shot. And, by day two—if I’m even that lucky to make it that far—the cleanse that I’m testing out usually ends up in the garbage or passed along to another willing and able editor.

During my nightly Instagram perusing session, I came across some dramatic before-and-after shots of women of all ages who did the Bikini Cleanse. I was in awe of how good they looked after just one week, which allowed me to muster up the courage to try it. For the first time ever, I was kind of excited to do a cleanse. A summer of traveling and eating anything and everything in sight didn’t exactly leave me eager to don a bikini.

You May Also Like: Top Nutritionists Bust the 3 Most Common Dieting Myths

When the Bikini Cleanse ($189) arrived on my desk, it sat there for a few days before I made a conscious decision to really do it. I cracked it open on a Sunday morning, read through the instructions thoroughly (twice!) and stocked up on all the necessary essentials to get me through the next seven days of what I had preconceived notions of as being hell.

The first day was a piece of cake. I had the whey protein–packed BikiniSmoothie, which tastes like a creamsicle, for breakfast. It definitely kept me feeling full. A snack mid-morning coupled with the raspberry flavored BikiniSticks, which you mix with water and are said to curb sugar cravings and induce fat burning, weren’t that hard to get down. Next was a clean, healthy lunch followed by a midday snack and another BikiniStick. I had a clean, carb- and sugar-free dinner consisting of salad and grilled chicken, which was pretty much my mainstay for the week. Right before bed, I sipped on the BikiniTea, which is, in my opinion, is the star of the detox.

By the next morning, the tea had taken effect and was working its magic to make me detox (with some stomach cramping I may add). Day two and three were awful—I definitely toyed with the idea of quitting the cleanse altogether, but I managed to stick it out despite the pounding headache I had for 48 hours straight that wouldn’t go away.

Day three rolled around and I started to feel good. I wasn’t craving anything sweet, and the headaches, which were due to me having absolutely zero caffeine or sugar, were gone. I continued following the plan, and over the next few days, I really noticed a difference. My pants fit better, my meal portions were smaller (and filling me up!) and my stomach was definitely starting to flatten out—something I hadn’t seen since before I had my daughter almost seven years ago.

I followed the detox up until the very end, and when I finally put on a bikini, I was beyond happy with what I saw in the mirror! It’s been two weeks since I finished the cleanse, and I’m really sticking with it. And, I hear that brand founder Nicole Pollard Bayme is releasing individual packs of both the BikiniTea and Bikini Sticks in January to maintain your results and keep you looking bikini-ready.

Sign up to receive our newsletter
FIND A DOCTOR
Related Stories
Health + Wellness
Can a Vegan Diet Really Help You Lose Weight?

A nutritionist weighs in.

Health + Wellness
The New Diet You Need to Pay Attention To

We're going through our kitchen now. 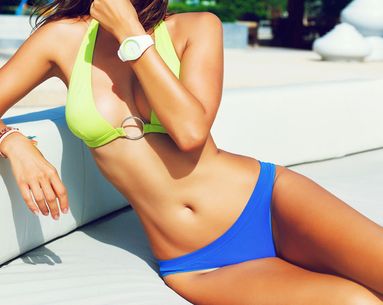 Cosmetic Treatments
How to Use Fat to Your Advantage

Fat equals a better body? Hear us out.