When it comes to eating healthy, there’s always something new—that of-the-moment food to be loading up on. Since the food du jour literally changes by the day, we asked the experts what they are stockpiling their grocery carts with and telling their celebrity clients to chow down on.

Fermented Foods
Fermented foods are all the rage at the moment. Celebrity holistic nutritionist from East West Essentials, Heather Wilson, says that fermented veggies like kimchi and sauerkraut do wonders to feed the body’s good gut flora. “Not only are they ultrahealthy, but they are also a tasty snack that wakes up the taste buds,” she says.

Citrus Zest
Another must-have on the list is the zest from a citrus peel. “The rind is more nutrient dense than the flesh, containing key antioxidants, anti-inflammatory nutrients, vitamin C and potassium,” says celebrity nutritionist Paula Simpson. Adding zest is easy, too—no cooking required. Just peel the fruit and grate it to add it to anything from smoothies and yogurts to salad dressings and lean protein.

Add in Spices
Paprika is considered an of-the-moment diet food for the mere fact that it’s a stellar source of antioxidants like vitamins C and E, plus carotenoids. “Paprika in particular also contains zeaxanthin, which is of particular interest for skin health. It is readily absorbed into skin tissue where it works primarily as an antioxidant,” says Simpson.

Cashew Cheese and Nutritional Yeast
When cheese cravings hit, fight them with cashew cheese, which is a healthier alternative to cheese. “It’s a healthy fat source than can stabilize the natural hormone regulatory system so that the body can release stored fat,” says Wilson. Try it on rice crackers or as a spread or dip. Another cheese substitute that’s gaining popularity is nutritional yeast. “It’s packed with B vitamins, folic acid and minerals. You can sprinkle it on homemade popcorn or pasta for that cheese flavored taste.”

The Ultimate Carb Swap
Even if you crave carbs, there are healthier choices that you can look into that will satisfy you. Deborah Orlick Levy, MS, RD, Carrington Farms Health & Nutrition consultant says spaghetti squash is a good substitute and is the ultimate no-carb noodle. “Celebs use spaghetti squash to slim down traditional spaghetti and meatballs, without sacrificing on flavor. This trendy veggie is a good source of nutrients, fiber and vitamins A and C, and one cup of cooked spaghetti squash has about 40 calories,” she says. 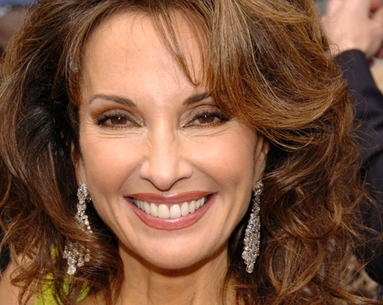 She says this one food keeps her “fit and feeling good.” 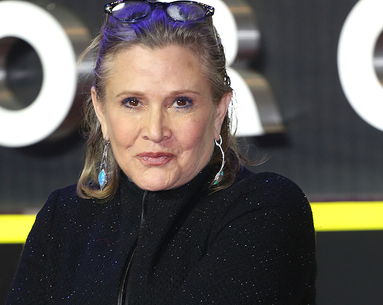 Now is not the time for speculation.

Health + Wellness
Even If You’re Eating Healthy, This Could Still Be Causing You to Gain Weight

You might be sabotaging your weight loss efforts without knowing it. 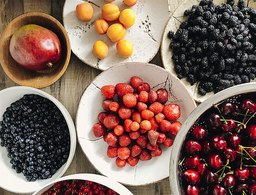