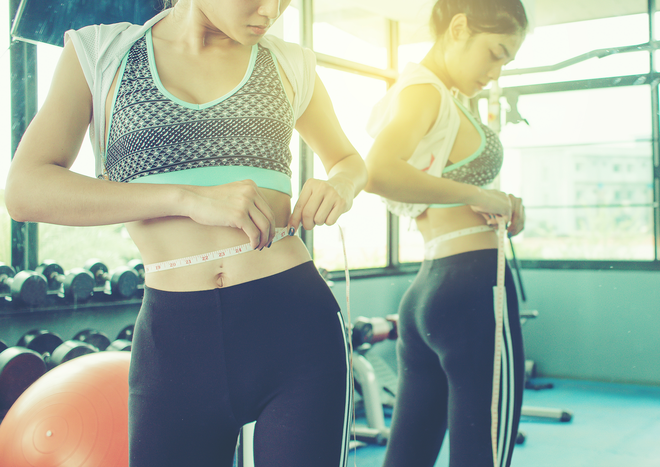 If the $60+ billion dollar weight loss industry is any indication, humans will go to far lengths—trying things both proven and unproven—to rid their body of unwanted fat. It’s no surprise that over the past few years, companies have been clamoring to one up each other on noninvasive fat-reducing technologies to satisfy this never-ending demand. Noninvasive options are particularly appealing to a wide range of people because they can spot treat (something even the most rigorous diet and exercise regimen can’t do) and are easier to tolerate than liposuction.

You May Also Like: I Tried Sculpsure for a Flatter Stomach and This Is What Happened

Now researchers at Columbia Medical Center and the University of North Carolina have seen promising results from another noninvasive technology—a skin microneedle patch that can burn stored fat while revving up the body’s overall metabolism. Researchers explain that humans have two types of fat: white fat, which stores excess energy in triglyceride droplets, and brown fat, which are smaller in size and are burned to produce heat for the body. Baby fat is primarily brown fat, but as we become adults, most of the brown fat is lost and humans retain the hard-to-lose white fat. To promote fat burn, a lot of research has been done on how to turn an adult’s white fat into brown fat—a process called “browning”—which this new skin patch has been shown to successfully achieve in mice.

The patch is a roughly one centimeter-square area that contains dozens of microscopic needles that pierce the skin and release drugs that promote browning directly to the underlying tissues. In the studies, mice were given two patches—placed on both sides of the lower abdomen—one loaded with the drug and one not. For four weeks, new patches were applied every three days. A control group of mice were given two empty patches. The results showed that mice treated with the drug showed a 20 percent reduction in fat on the treated side and had overall raised metabolism levels as compared to the untreated mice.

According to the study’s co-leader, Li Qiang, assistant professor of pathology and cell biology at Columbia, “There are several clinically available drugs that promote browning, but all must be given as pills or injections. This exposes the whole body to the drugs, which can lead to side effects such as stomach upset, weight gain and bone fractures. Our skin patch appears to alleviate these complications by delivering most drugs directly to fat tissue. Many people will no doubt be excited to learn that we may be able to offer a noninvasive alternative to liposuction for reducing love handles. What’s much more important is that our patch may provide a safe and effective means of treating obesity and related metabolic disorders such as diabetes.”

The patches have not been tested on people yet as researchers are studying to determine which drugs would work best to promote browning on the human body. Stay tuned to NewBeauty.com for updates. 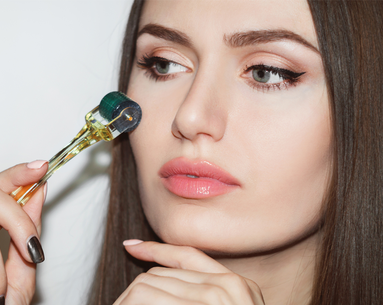 The before-and-afters speak for themselves.