You May Think You Have Rosacea, But Could It Be This Instead? 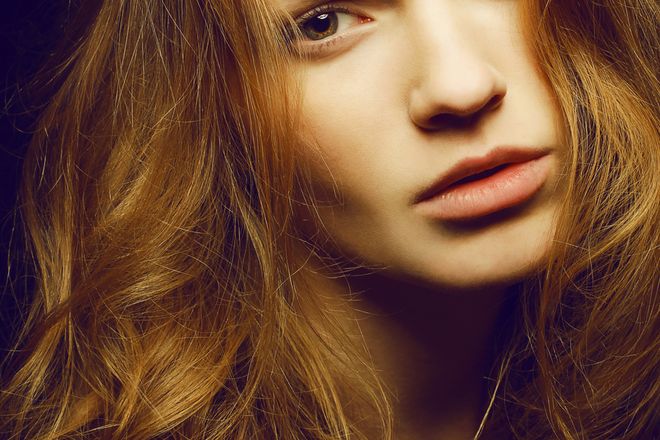 The National Rosacea Society (NRS) has designated April as Rosacea Awareness Month, so when better than the present to put the spotlight on a skin condition that affects more than 16 million Americans. The crazy thing is that the NRS says most of those people don't even know they have it. "In fact, while rosacea is becoming increasingly widespread as the populous baby boom generation enters the most susceptible ages, an NRS survey found that 95 percent of rosacea patients had known little or nothing about its signs and symptoms prior to their diagnosis," says Kailua-Kona, HI, dermatologist Monica Scheel, MD.

So what should you look out for? "Rosacea is usually evident with three major signs on the skin: episodic flushing and blushing, a ruddy complexion due to dilated blood vessels, and acne-like pimples," says New York dermatologist Estee Williams, MD. "Patients overwhelmingly describe their skin as 'very sensitive' and highly reactive, especially to chemicals in skin care products, temperature fluctuations, alcohol and spicy foods. If your friends often comment that you blush easily, if you frequently experience facial discomfort, or if you are a middle-aged woman with sudden 'acne,' you may very well have rosacea."

You May Also Like: Which Laser Treatment Works Best on Rosacea?

But, because as Dr. Williams says "rosacea comes in fifty shades of red," the condition is often misdiagnosed. "For example, when rosacea patients report burning and stinging due to irritation from cosmetic products, often this is thought to be an allergic reaction. But unlike rosacea, skin allergies do not appear as flushing or pimples, but rather as scaly, crusted or leathery patches and they frequently occur around the eyes and mouth."

There are several instances when you may think you have rosacea, but in fact it's something else that's causing the redness. "Rosacea may mimic acne, but acne by definition consists of blackheads and whiteheads, and rosacea does not," says Dr. Williams. "Extensive sun damage can cause dilated blood vessels in your skin, which we refer to as poikiloderma, but this is a permanent finding and does not fluctuate the way rosacea does. Also, overusing hydrocortisone-type creams on your face in an attempt to self-medicate or if you were improperly prescribed for 'eczema,' can cause steroid acne that also looks like rosacea."

Your family history plays a role as well (a Case Western Reserve University study revealed your genes contribute to nearly half your risk), so it's important to disclose this information to your doctor. "A family history of a ruddy or red complexion can increase the incidence of rosacea, as can a personal history of sun damage," says Dr. Scheel.

If your skin is becoming bothersome and you're seeing symptoms that you think might be rosacea, Dr. Williams says there is no reason to wait before seeing a dermatologist because the condition is chronic and sometimes unpredictable, so the sooner you see a doctor, the sooner you can try to get a handle on it. "Today, dermatologists who treat rosacea are able to offer many effective treatments including cosmeceuticals, medications and lasers treatments, so it pays to seek help. For example, just two weeks after a laser session, many patients find that their redness is improved."

You May Also Like: What Type of Sensitive Skin Do You Have? 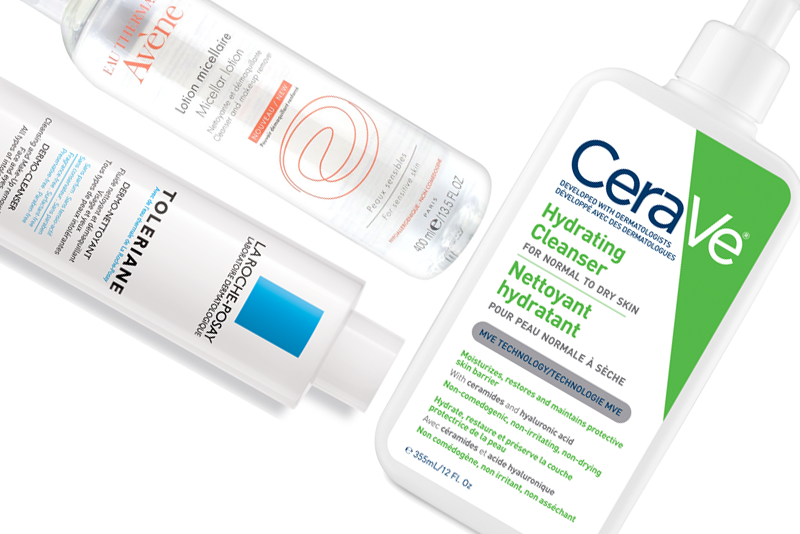 If you have already been diagnosed with rosacea, one of the trickiest things can be knowing which products to use. Dr. Williams starts all of her rosacea patients on a regimen that includes a gentle non-exfoliating cleanser and a moisturizer that specifically improves rosacea—many patients also start prescription medication. I recommend glycerin-based cleansers such CeraVe Hydrating Cleanser ($13) and La Roche-Posay Toleriane Dermo-Cleanser ($24) because glycerin is a humectant and aids in healing, and Avène Micellar Lotion ($20) as a makeup remover. Avoid any sort of wipes, as they leave chemical residues on the skin." 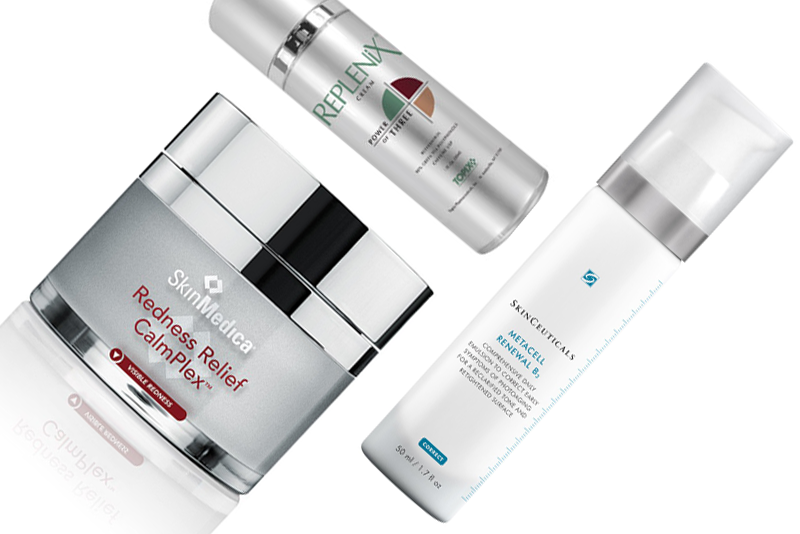 After cleansing, Dr. Williams has her patients apply their topical medications if they are on any, and then layer on moisturizer at the end. "SkinMedica Redness Relief CalmPlex ($88), which is particularly great to layer under makeup, and SkinCeuticals Metacell Renewal B3 ($110) work well as moisturizers. Choosing products that are both anti-aging and non-irritating for the middle-aged female rosacea patient can be tricky because most anti-aging products contain alphahydroxy acids and retinoids, which are potentially irritating to rosacea. Antioxidant-rich Topix Replenix Power of Three Cream ($74) stands out for both helping rosacea and slowing down the aging process."

With technological advancements and scientific studies shedding light on this incredibly common condition more so now than ever, rosacea patients should feel hopeful that there will be more solutions coming down the pipeline for how to remedy the redness and discomfort once and for all. 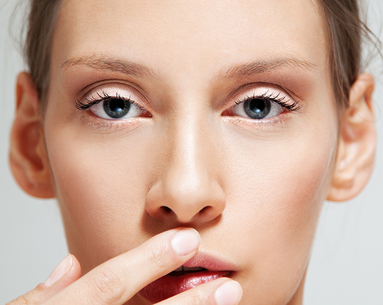 Active Ingredients
Derms Mixing Up Their Own Prescriptions: Do or Dicey?

It’s called compounding, and here’s what you need to know about it. 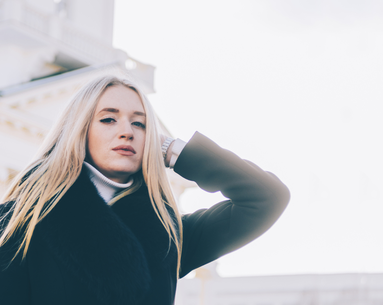 Redness relief in an Rx. 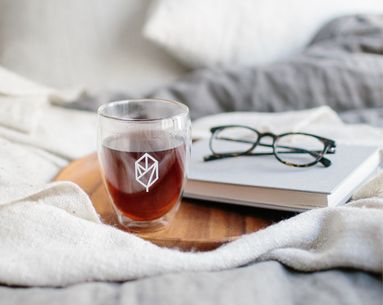 And it's an antioxidant powerhouse.