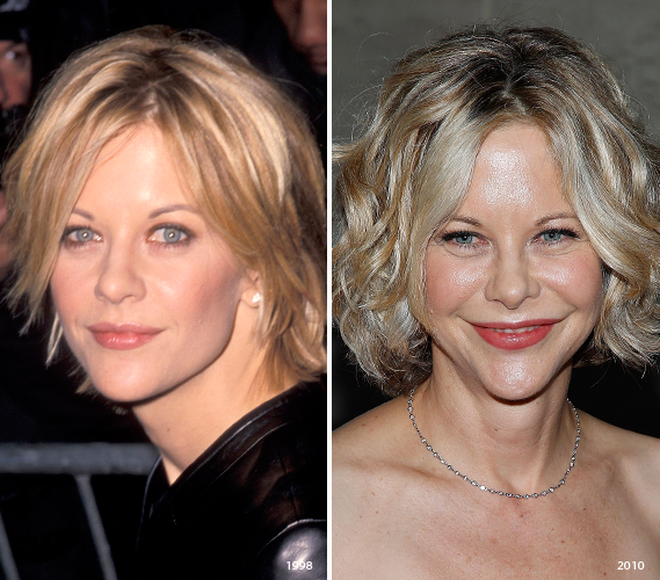 Ever since the advent of fillers and injectables, women have been able to erase wrinkles and lines in minutes—in some cases, they can be stopped before they ever make their mark. But the key to successful injectables is a natural end result that is not obvious.

In 1998, before injections, Meg Ryan’s “face had great proportions—it was heart-shaped, and she looked youthful. Her brows were perfectly shaped, and her cheekbones and lips were well-defined,” says Dr. Beer.

When too much filler is injected into the wrong area, the end effect can be features that look distorted since the filler has a negative effect on the proportions of the face. “She’s really starting to look waxy, which is the result of too much material injected in the wrong place,” says Dr. Beer.

“Her eyes have basically disappeared because there is so much filler in her cheeks, and her lips lack shape,” says New Orleans, LA, dermatologist Mary P. Lupo, MD. “There is too much filler in the front of her cheeks, which pushes her nasolabial creases over and also creates a ‘shelf ’ under her eyelids." 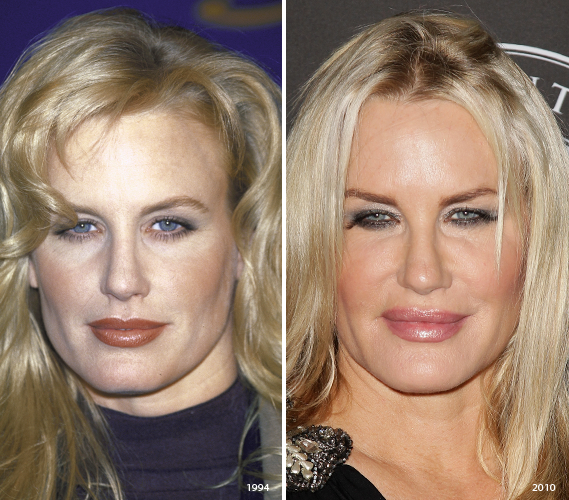 What went wrong? Placing filler using a poor technique resulted in a lower jaw that’s too square for her face. Plus, her features look different, and she is barely recognizable.

“She looks as if she has too much of everything in all the wrong places. Her filler is not done right, and the middles of her cheeks are bulging," says Dr. Beer. 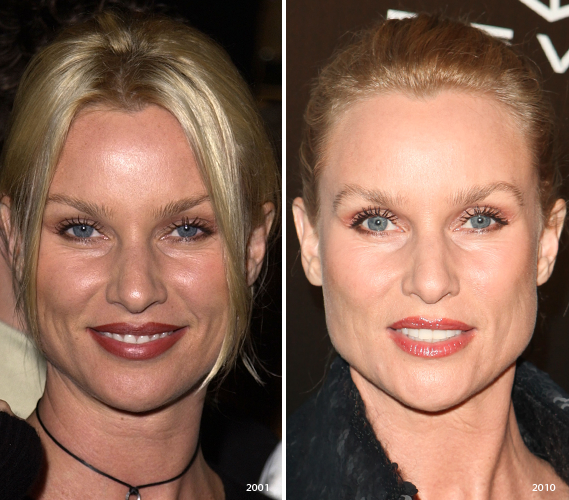 In 2001, Nicollette Sheridan's heart-shaped face was well proportioned and her lips were full and voluptuous.

“Nicollette is an example of markedly overdone injecting—and her Botox is off. Too much of the medial brow is drooping, which makes her look mean,” says Dr. Lupo.

Pay attention to the upper face

“She would probably look better, and more youthful, is she had the upper portions of her face injected and less of her cheeks done, which gives the middle of her face a bulging look,” says Dr. Beer.

“The medial eyebrows are too low and the lateral eyebrows too high, giving an unnatural arch, which may possibly be caused by Botox and volume loss in the forehead and temples,” says San Antonio dermatologist Vivian Bucay, MD. 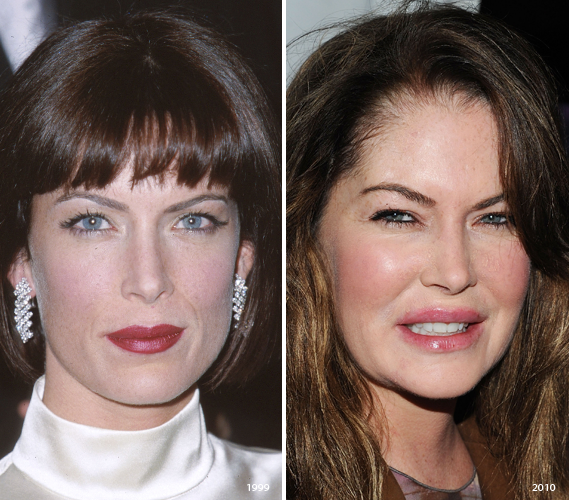 In 1999, Lara Flynn Boyle had a thin face with strong angular features and naturally sexy lips.

“Her face became wide from too much injections in her middle and lower face instead of her upper face where she needs it,” says Dr. Beer.

“Her proportions are wrong, and, instead of having a heart-shaped face, she has a pear,” says Dr. Beer.

Go easy on the cheeks

“My guess is that someone who was not familiar with anatomy injected her and used too much filler in her frontal and lower cheeks,” says Dr. Beer. “When this happens, the eye perceives it as strange but can’t figure out why.” 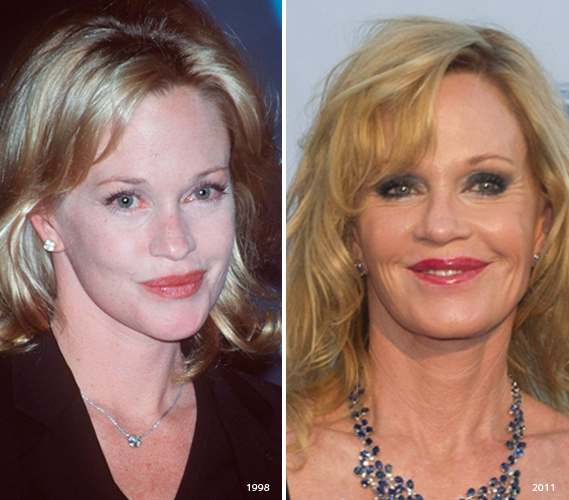 Actress Melanie Griffith has had her share of scrutiny over the years regarding the amount of injectables and fillers she’s had done, particularly in her lips and cheeks, creating what some have called an unnatural appearance. What do you think about her most recent look? 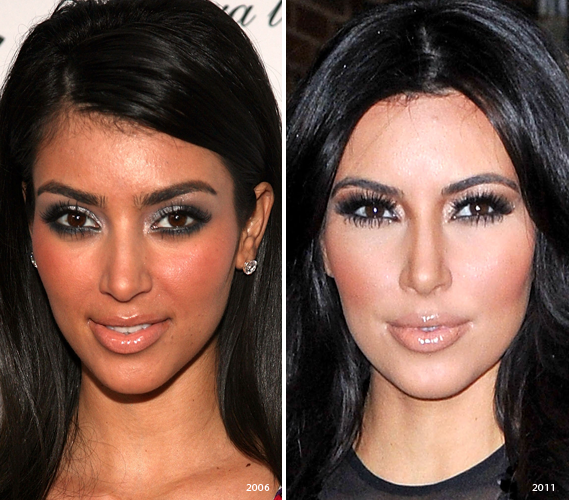 There’s no arguing that Kim Kardashian is one of the most beautiful women in the world, but have injections at an early age seems to have actually aged her.

Adding too much volume when there’s enough naturally can create an artificial look and an aged appearance.

“If you look at Kim in 2006, she really had a heart-shaped face,” says Dr. Beer. She now has more cheek than she should, but she still looks good.”

Correct the look of over-injection

Stop with injections and let some of the results fade away. When you go back to the doctor’s office, get touch-ups only in areas that are needed.