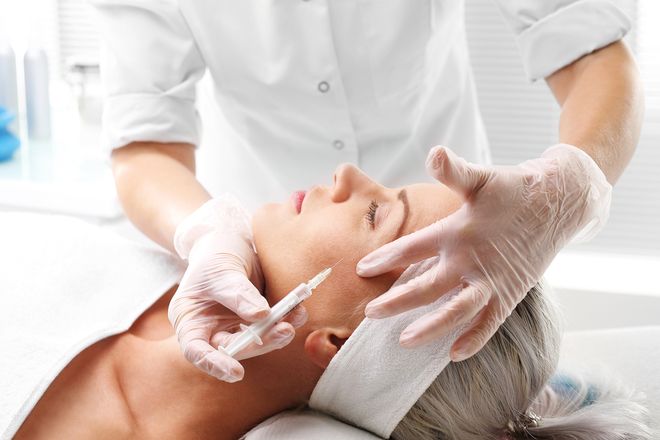 A San Diego–based nurse is blowing the whistle on some really unsettling injection practices—one involves Botox, the other vitamin B12.

According to ABC 10News, the medi-spa nurse became suspicious about the Botox her employers (the clinic’s name has not been released) were using after she found out the FDA had paid a visit. After noticing a difference in packaging for the neuromodulator, she went to the freezer and discovered that the Botox came in bubble wrap—not in the FDA-approved dry ice. What’s more, this version said Allergan, didn’t have the hologram she was accustomed to seeing on the box.

But what was, perhaps, her most unsettling find was a bottle of B12 injections where someone had covered the line “For animal use only" with a Sharpie. The third strike: A patient complained about an infection from a cheek filler, which the nurse investigated and found to be counterfeit as well.

After confronting her bosses and refusing to perform any more injections, she was fired. (She has since filed a wrongful termination suit; there is no word from the FDA if this is an official investigation as of press time.)

You May Also Like: The Truth Behind Kim Kardashian's "Organic Botox"

So how common is this trifecta of injection blunders? “You cannot go to just any old place and get Botox,” Montclair, NJ, dermatologist Jeanine B. Downie, MD, says. “Clinics can buy Botox and fillers from Canada or Europe. They are illegally imported, and unfortunately people do not know what they're getting.”

Her advice: Go to a board-certified dermatologist or plastic surgeon who walks into the room with the packaging that you can look at. “I pull my Botox up out of the bottle myself so that there's no question about what I am actually using and doing. If the price of Botox or filler sounds too good to be true, it might be because it's fake, unfortunately. Patients should not go with the cheapest they can find; they should go with quality because this is their health.”

The bottom line: “Cheap shoes will not hurt your health, but cheap Botox will,” Dr. Downie says.