How to Fix Receding Gums 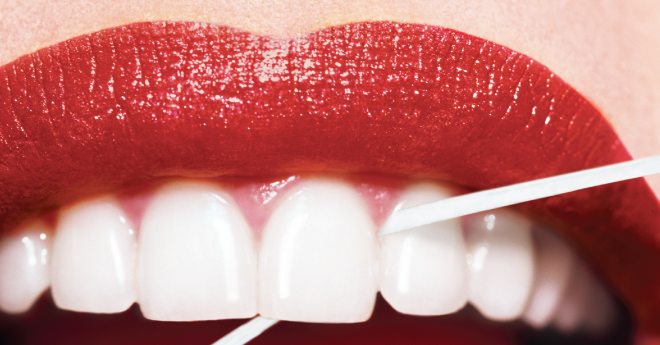 Why It Happens
Receding gums have become somewhat of an epidemic and more and more people are being diagnosed with gums that pull back. Whether the cause is grinding, clenching, aggressive brushing, hormonal shifts, thin gums or genetics, the path of deterioration that the gums take (if not corrected) is the same. “A receding gum isn’t painful but cosmetically it’s a disaster. The bacteria under the gum leads to infection and there’s less support to hold the teeth in place,” explains New York periodontist, Dr. Neil S. Lehrman, DDS . With less grip between the tooth and the gum, plaque, bacteria and decay can settle into the root. The root becomes exposed as the gums pull away from the root of the tooth, which can lead to damaged tissue and bone structure, and tooth loss.

How To Prevent It
The easiest way to prevent receding gums is to not brush your teeth too hard or in a sawing motion—instead use a softer bristle and brush in more of a circular motion. Your dentist may also suggest a night guard if you tend to clench or grind your teeth.

How To Fix It
Whenever there is a lack of gum tissue it needs to be replaced. Gone are the days of painfully removing tissue from the roof of the mouth and placing it over the exposed root (some dentists still practice this but it’s reserved for patients who insist on using their own tissue). Most times a connective tissue graft with donor tissue (from a cadaver sourced from a tissue bank) is used since it makes for one less area of recovery. Over the coming weeks the implanted tissue fuses with your natural tissue and new tissue forms. “When tooth loss is the result, we can put in an implant. But if you lost too much bone, a bone graft may be necessary to recreate the tooth’s foundation so that the gums can function properly,” says Houston cosmetic dentist, Guy M. Lewis. 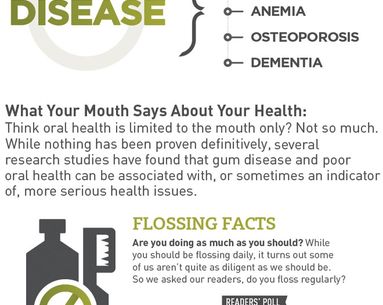 Your mouth exposes more about your health than you may realize! Check out this infographic for how unhealthy gums can be an indicator of a variety of issues - and don't forget to floss! We love to share! To embed this on your site, copy and paste the code ...
READ ARTICLE 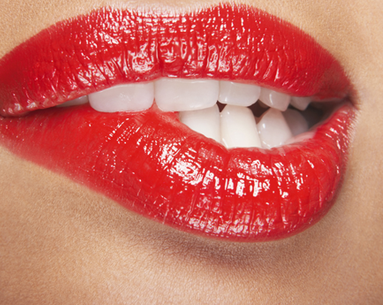 DailyBeauty Expert Tips
Dental Health 101: What To Do About Plaque and Bleeding Gums

Plaque is the root of so many smile-deteriorating conditions. After every meal and drink, soft plaque is created. If the plaque is not quickly removed (with brushing), it mixes with minerals in your saliva and bacteria, and turns into calculus or hard plaque that coats the teeth.
READ ARTICLE
FIND A DOCTOR
Recommended for you