Going from a size 28 to a size 12 is a pretty amazing feat. Not only does it take extreme dedication, but also time and patience, and a lot of both.

Had one of my besties send me through some old photos she had found of me, the one on the left is me at my year 13 ball! It's honestly not until I put two photos side by side that I realise the progress I have made. Still the same same beautiful, over the top and extravagant girl in both hehe just a healthier me now!

You May Also Like: Jillian Michaels Reveals the Simplest Way to Lose Weight and the One Exercise Everyone Should Stop Doing

For Simone Pretscherer, the decision to make a change came about when she stepped on the scale and realized she weighed 372 pounds. The 23-year-old New Zealand resident had become extremely recluse due to her weight, often opting to spend days on end at home instead of living the life of a young 20-something. Her weight impacted her, but it wasn’t until she saw the number on the scale staring back at her that she knew she had to do something about it.

She had already done her fair share of dieting and weight-loss pills and supplements, and this time around, she wanted to not only lose the weight for good, but she also wanted to document her weight-loss journey for the world to see.

One of my most frequently asked questions these days is regarding my skin removal surgery with @drrepta_plasticsurgery - do I have any regrets, was it worth it? I don't have a single regret, it was far from easy though! The recovery was a very tough road that I'm still building my strength back from today. But being able to see my results start to show and not be covered by all my sagging skin is an amazing feeling! For me it was a decision I am and always will be so happy with! If you have any other questions, place them below and I'll do my best to answer them xx

Prescherer started documenting her efforts on Facebook on August 29, 2014. And, in one year, she managed to lose more than half her size, going from a 28 to a 12 (she did have weight-loss surgery to help her and then later additional surgery to remove her loose skin). Here’s what she credits to her success.

1. Starting small
Prescherer knew that exercise was important to her weight-loss success and says she started with daily walks or swims and trying to get in as much as she could in one hour.

I made a promise to myself that I wouldn't let my boxing training slip while I'm away so I'm focusing on the main aspects I can over here and that means core and fitness. So lucky that everyplace I have stayed at have all had fitness centres so far! @fourpointsbali @theasia.collective #FourPoints #FourPointsBali #theasiacollective

2. Eliminate anything processed
She also says she changed what she ate and cut out processed foods and anything that came from a packet. Her typical daily diet consists of a protein shake for breakfast, a protein bar for a snack, an omelet or sushi for lunch and protein with vegetables for dinner.

Quick lunch with @trentforsyth before boxing - this is my favourite wholefoods cafe!

3. Roll with the changes
After drastically changing her diet, Prescherer says regular food didin’t taste as fun as her previous high-sugar diet. It took her three months to retrain her body to learn what clean food tasted like.

4. Get motivated
Turning to social media to document her entire transformation, Prescherer says on the days when she couldn’t be bothered to go the gym, seeing a message of inspiration on Facebook or Instagram would push her to get her going. Even when the scale wouldn’t move, she would turn to social media for encouragement.

5. Set goals
Rather than focusing on how much weight she needed to lose, she bought a pair of size 16 jeans and looked at them every day. It was a big moment for her when she could finally put them on.

Exactly two years ago I started "Simone's Journey to Health" where I made the decision to overhaul my entire diet, mind set and lifestyle. What a journey it has been from 169kg to 77kg! Looking back and remembering how many tears and emotions came before I pressed "post" I am so proud of myself for every single step I have gone through and having the guts to make my journey a public one. There have been so many days I have wanted to give up and revert to my old lifestyle, but I haven't. Thank you to everyone of you who have been there every single step of the way, I know for sure I wouldn't be where I am today if it wasn't for your constant support, kind comments and words and heartfelt messages. I am more grateful than you will ever know and I can't thank you enough! 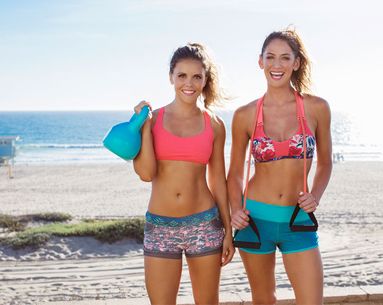 Prepare to be inspired. 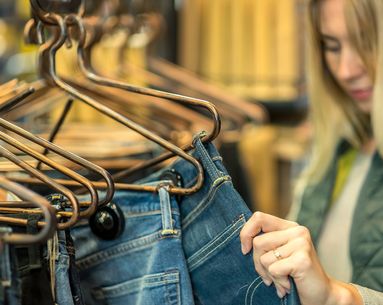 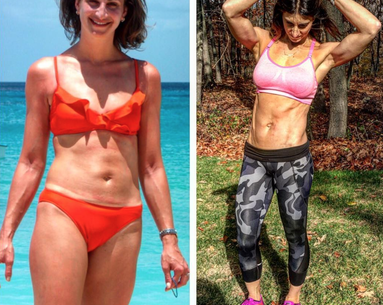 It is *not* what you'd expect.