10 Important Lessons I Learned From Running a Half Marathon 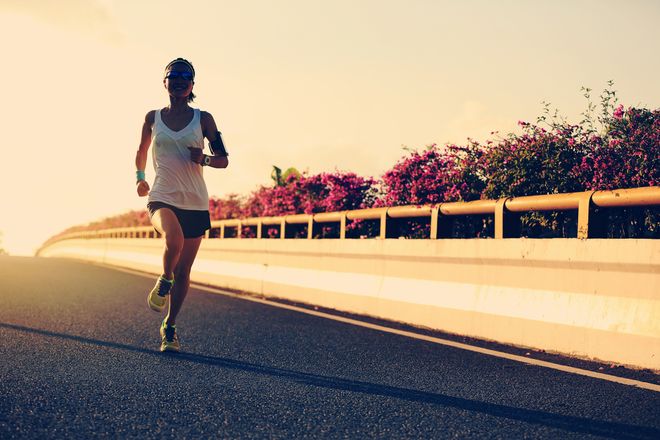 When Facebook founder and CEO Mark Zuckerberg challenged the world to run 365 miles this year and named this the year of running, it was already too late for me. Last year I caught the bug and competed in more than 20 5K and obstacle races. I hit my goal of running in at least one 5K a month and had somehow managed to also run a sub-30 5K (under thirty minutes). These were two huge accomplishments for me. You see, I never used to call myself a runner. If you see me walking down the street, I don’t think anyone would peg me as an elite athlete of any kind, but that’s the beautiful thing about running. You don’t really need to look the part, you just have to put one foot in front of the other and go. But it’s true, I’m a runner…and this year I’ve done something I never dreamed I could. I ran a half marathon, and the best part is, I didn’t die. If I can do it, anyone can. Here’s what I learned on my path to completing 13.1 miles of glory (mixed with anxiety, sweat and adrenaline).

You May Also Like: The Newest Cardio Workout for People Who Hate Running

1. Step One: Sign Up
It’s time to rip the band aid and register for your first half marathon. Make sure to give yourself enough time to train, and depending on your comfort level and how many miles you’re already logging during the week, that can be a matter of weeks or months. I signed up for the 2016 Disney Princess Half Marathon more than seven months in advance, but I didn’t actually begin training until three months before. I had already been logging six to eight miles a week with my regular workouts and I just needed to focus on my long runs. Give yourself more than enough time to train and prepare both mentally and physically.

2. Don’t Worry About Time
If you’ve ever run a mile, a 5K, a 10K or more, you know that time is of the essence. When it comes to your first half marathon however, throw everything you know about time out the window. Your goal should just be to finish. It doesn’t matter if it takes you three hours or more, just focus on crossing that finish line. You probably won’t be the first or last person to cross, but when you do, it will be glorious and no one will care how long it took. Don’t put added pressure on yourself, just lace up your shoes and go.

3. Update Your Gear
Everything you wear on your body is important, from your shirt (which can rub against your skin and cause chaffing) down to your shoes and socks. One of the best decisions I made prior to my race was to get my gait tested at the Delray Beach Running Company, my local running store. That’s when I found out that I was a severe overpronator and I needed running shoes with more support. Upgrading my shoes instantly changed my runs and reduced the amount of damage that I was already doing to my feet and body. I also invested in a really great pair of compression socks, which helped me on my long runs by prohibiting my feet to swell up. I also credit these socks with helping me avoid the dreaded blisters that inevitably form when your swollen feet rub against your shoes.

You May Also Like: Ditch Your Treadmill For a Better Workout

4. Get a Training Plan and Start Running
You can find a good half marathon training plan here, here and here. Do a quick Google search to find one that fits the time you have to train before your race. The most important things to remember are that going out for that weekly long run (the earlier in the morning, the better) is key and avoid running the full length of your race right before it. You don’t have to reach 13.1 miles before you attempt a half marathon, pick a number like 10 or 11 and then once you’ve completed your longest run, start to taper off your mileage right before the race. You don’t want to injure yourself or reach the point of exhaustion before you actually do the deed.

Joining a running group really helped me because it provided me with a weekly place to go and get help and support with my long runs. The Delray Beach Running Company holds a weekly running group that helped me take the guess work out of my training. All I had to do was show up and start running. It was a place I could go with all of my unanswered questions and get real advice from runners of all different levels and abilities. Surrounding myself with people who had the same goal was an essential part of my journey. I gave up a lot of good Friday nights to prepare for long Saturday morning runs, but it was motivating to know there were a handful of people who were getting up early to do the same thing.

5. Your Playlist Is Everything
When you’re running long distances, you’re going to need a playlist that will give you the boost you need to power through your runs. Create a long run playlist with the music that energizes you the most but include songs with moderate rpms for those times when you need to run a slower pace. The Nike Running Tempo Mix on Spotify is a good place to start if you want a ready-made mix designed to help you keep up the momentum through your longer runs.

6. There Is Such a Thing As a Runner’s High
It’s true. It exists. Somewhere past mile five I started to feel the euphoria that I'd heard so much about. It’s addicting and at some point I totally forgot that I was doing something I was supposed to hate. There’s something intoxicating about a long run—there’s a moment when your pace, your body and the music all come together and it just feels natural to run without stopping. Maybe I’m wrong and it’s really some sort of sign of mental illness, but it was on those long runs where I felt most connected with my body.

You May Also Like: Running Vs. Walking: Which Is Best?

7. Stop Saying It’s Just a Half
I had to learn this the hard way, but I kept minimizing my efforts by telling people “it’s just a half marathon.” This “I’m not worthy of your praise and encouragement” mentality was hard to overcome, but now is not the time to pull the humble card. Soak up the good vibes from everyone around you. You’re going to need it because it’s not “just” a half. It’s 13.1 miles; 23,056 yards; 26, 200 steps, 69,168 feet and 830,016 inches. It’s a pretty big deal!

8. Know Your Race
The 2016 Disney Princess Half Marathon is part of the largest running festival in the U.S. I ran my first half marathon with more than 16,000 fellow runners. That’s more people than I’ve ever ran with, and call it naiveté or just plain pre-race ignorance, I wasn’t prepared for the challenge of running amongst so many other people. With every quarter mile all I could think about was how much faster I would be able to run if they were all out of my way. This was extremely frustrating and a challenge I hadn’t mentally prepared for.

Because I hadn’t run a race longer than a 4-miler prior to this, I couldn’t submit a time that proved my race pace. This is important to note because I was put in a corral further back. This meant that I had to wait a significant amount of time to start running and I was placed in a corral with runners who ran at a slower rate. In hindsight, I wish I knew what being in a corral further back really meant for my overall race. Although I'm not a super fast runner, I knew what I was capable of and it was frustrating starting out so far back in the pack. When I hit the Magic Kingdom around mile five or six, all of my frustrations just melted away in the Florida heat. There was so much Disney stuff to see and run through that some of the fatigue and exhaustion didn’t faze me (some, not all).

You  May Also Like: The Exact Method I used to Lose Almost 40 Pounds

9. Hydrate, Hydrate, Hydrate
During my training the longest run I had completed was a 10-mile run. This gave me the courage to know I could sustain 10 miles or more of nonstop running, but it also made me slightly nervous about those last 3.1 miles. During the race I stopped for water multiple times.  I chose to run without a water pack because I don’t like to feel encumbered when I run. I did carry two energy gel packets (gels designed to replenish lost fuel during longer runs) with me that I took at the start and at mile six. Somewhere around mile nine I grabbed a third energy packet that was handed out during the race. When I hit the last three miles something switched in my mind. I knew from my history of races that I could easily run a 5K and that was all I had left to cross the finish line. The first three miles and the last three miles of my half marathon were my easiest to run. It’s the seven in the middle that were a real pain and took all of my mental strength to get through. But alas, I flew through those last 3.1 miles like I was channeling the Greek god Hermes and his winged shoes with my Brooks.

After the race I was physically exhausted and my body felt beaten. I talked to running coach Annie Burke of Delray Beach Running Company and she said my post-race feeling wasn’t normal and that I probably hadn’t hydrated enough or taken enough energy gels during the race. Had I drank more water and upped my gel packet intake, I wouldn't have felt so crappy after the race. I hadn’t incorporated my hydration or my energy gel intake into my training plan and that’s my biggest post race regret.

10. Brag About It
Post your training pics on social media. Tweet about it, Instagram it, Facebook it until your friends and family roll their eyes. Tell the world about it when you cross that finish line. You deserve the kudos. And you might not know it at the time, but you will have tons of people rooting you on as you run. It may feel a bit boastful and obnoxious, but it’s not, it’s truly inspiring. 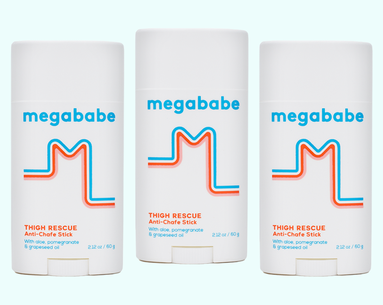 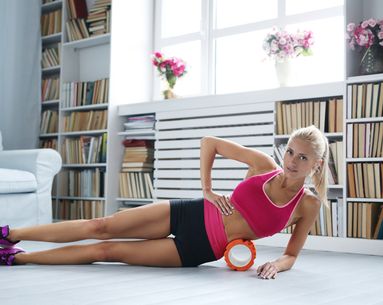 Fitness
Foam Rolling 101: What to Know Before Trying This Popular Workout Accessory

But it can totally change how you feel. 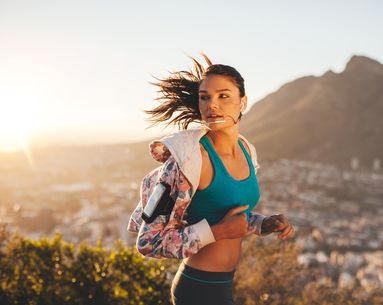 It all comes down to quality over quantity. 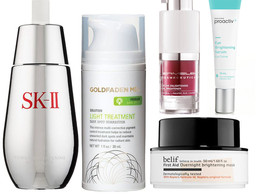