As a NewBeauty editor, I’ve learned that wellness and beauty go hand in hand and wellness begins from the inside out. I had heard a lot about nutritional IV therapy, a trendy (but not new) treatment that countless celebrities like Chrissy Teigen, Kelly Osbourne, Simon Cowell, Madonna, Rhianna and Cara Delevingne swear by, but I didn’t really know what it was. As I began to learn more about how they use it to fight the flu, fatigue, jet lag and the dreaded morning-after hangover; I was curious to know if getting a needle in the arm for a vitamin boost would really work.

Nutritional IV therapy recently made headlines when it was reported that Kim Kardashian had an IV administered just hours before the Met Gala (which timewise doesn’t sound quite right, but more on that later) in order to get a red-carpet glow. According to Page Six, Kardashian ordered a “beautify” IV treatment, a mix of B vitamins and anti-inflammatory medication. Kardashian later tweeted that she never got that IV, but the damage was already done and I wanted the inside scoop. What do all these celebs know that we don't? And how did the IV drip go from a medical necessity to a fashionable accessory?

You May Also Like: Daily Supplements Derms Always Take

From Vegas to Miami, the vitamin-infused IV drip has become the go-to post-party hangover cure, but it's also widely hailed as an immune-boosting treatment that allows nutrients to be absorbed in the body at higher concentrations. Those who swear by it claim it also helps to prevent illness, eliminate toxins, treat health conditions and improve hydration. It’s also a super fast way to get the vitamins, minerals and amino acids your body needs, which is perfect for me because I’m terrible at taking a multivitamin every day, even the chewy kind (I know, tsk, tsk).

When I walked into The Biostation in Delray Beach, FL, for my very own IV drip, I was more than ready for my needle. I had been feeling a little under the weather, so I welcomed anything that might pull me out of my lethargic slump. After going over the menu of available IVs, I went for The Biostation's bHydrated cocktail. It’s chock-full of vitamin B12, complex B vitamins and hydrating fluids. Other IV solutions on the menu appealed to me, like the bWell (a cocktail of magnesium, calcium, B complex vitamins and vitamin C), bYoung (vitamin C, vitamin B12, trace minerals and magnesium) and bSkinny (the bWell cocktail with fat burning L-carnitine, MIC and chromium), but I chose the first one to ease my way into it and because my dry skin is always desperate for hydration.

You May Also Like: The Surprising Wellness Trend Celebs Love

The Biostation looks like a futuristic medi-spa and the aesthetics help drive home the point that this is a very fashionable type of treatment. I felt a little like Judy Jetson as a health technician administered the IV drip. I was then placed in a "nutrilounge" where I just sat back in a cozy (but fashionably modern-looking) lounge chair while the IV drip did its thing. I had a good 30 minutes of welcomed “me time” and took the opportunity to watch a little TV, check my emails and of course Snapchat the experience. As the IV bag dripped its last little bit of what I called “feel good juice” into my arm, I wondered if I would feel different at all and how the extra boost of vitamins and nutrients would affect me.

The first thing I noticed when I returned to my office about 20 minutes later was that I had an almost instantaneous rush of energy. Although I didn’t feel like running a marathon, I did feel more awake and revived. Later that night, after several trips to the bathroom (which is why I don’t buy the Kardashian IV story. Who wants to run back and forth to the potty at the Met Gala?), I realized that my body was expelling all of that extra fluid. This was a side effect I hadn't thought of before, but it makes perfect sense. What goes in, must come out!

Overall, the effects of my “feel good juice” lasted for a little less than a week. I do think the IV drip helped keep the impending cold that had me feeling fatigued at bay, but I wasn’t able to stave it off completely. The most noticeable result happened about 24 hours after my IV—my skin looked amazing. My normally dry skin felt super hydrated and plump and I had a slight glow for a few days. If I didn’t experience it myself, I wouldn’t have believed it, but the added hydration really gave my skin a much-needed boost. For this reason alone, I would definitely try it again. Maybe all of the celebrity IV drip fans are onto something. 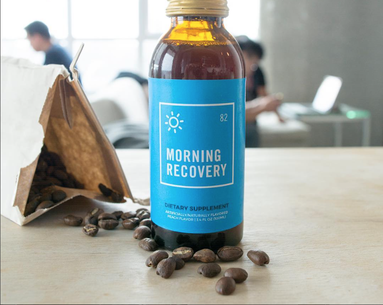 Fingers crossed this one actually works. 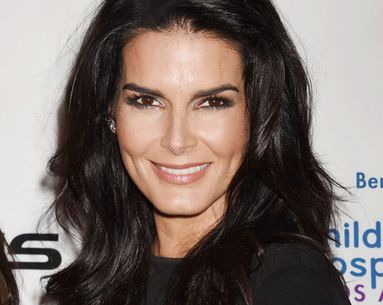 Celebrity
Angie Harmon Shares the Secret to Her Perfect Figure

And it's not exercise! 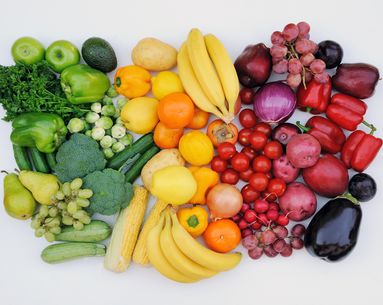 What actually works, and what you should stay away from.