Be Prepared: The “Purple-Bread” Trend Is About to Take Over 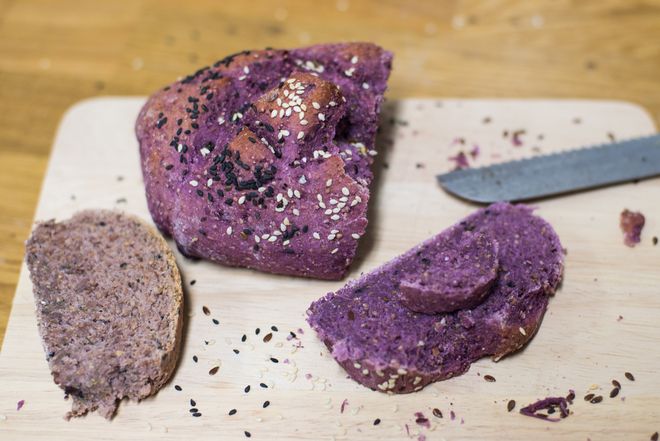 Coined purple bread, the invention is the brainchild of professor Zhou Weibiao, a food scientist at the National University of Singapore. Weibiao’s idea: Add anthocyanin, a completely natural pigment found in plums, eggplants and black rice, to standard bread to help the body digest it a whooping 20 percent slower when compared to traditional white bread.

You May Also Like: The Truth About Eating Carbs

While it doesn’t totally offer weight-loss properties, the magic ingredient is also packed with antioxidants and lowers its glycemic index, making it a promising option for diabetics. Plus, because it has a lower digestible starch content, in theory, you will probably eat less of it. "You are eating the same amount of starch and wheat flour, so the nutritional value is the same," Zhou said. "The key idea here is slowing down the energy release, so you use those calories over a longer period of time."

But not everyone is a believer. "Sometimes a revolutionary nutrition concept will come along that truly helps us be healthier. Unfortunately, purple bread isn't one of those things," says celebrity nutritionist Cynthia Pasquella. "In fact, it's ridiculous. There are numerous places you can get antioxidants and anthocyanin-filled bread that is STILL full of gluten isn't one of them. It doesn't matter how slowly the bread is digested, the harmful effects of gluten and empty calories are still there. With this product, the glycemic index is the least of your worries."

"This is the epitome of modern food technology," adds celebrity nutritionist Paula Simpson. "It's great that anthocyanins are added to the bread for the antioxidant value, but not sure they would be in stable form (thus unavailable to the body). The fact that it lowers the glycemic index of white bread is interesting, but why wouldn’t you just eat whole grains and reap the nutritional value from food in its natural state? It's definitely interesting, but not sure I would eat it. I would rather eat wholesome foods  and supplement with high-quality antioxidant anthocyanin."

You May Also Like: 3 Antioxidant-Packed Snacks For Beautiful Skin 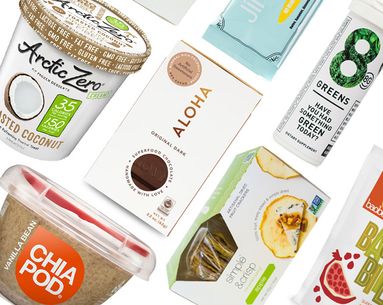 Swap out your sugary snacks for these healthier alternatives. 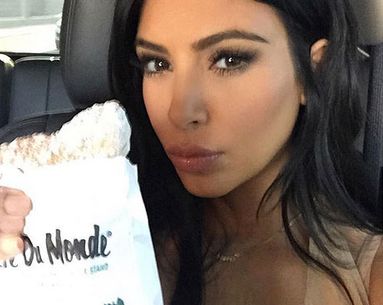 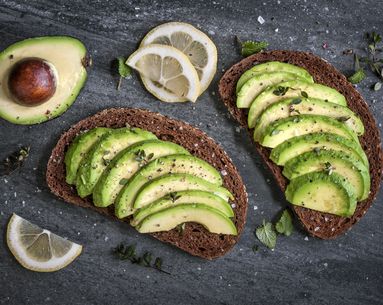 Health + Wellness
Have We Been Eating Avocados Wrong This Whole Time?

One viral video is suggesting yes.