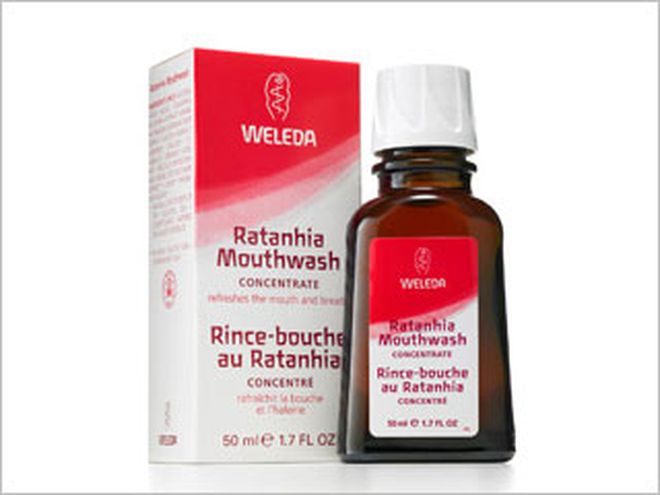 When you think of mouthwash, what do you picture? A big bottle of minty green or blue liquid? That's typical-but as Weleda has shown us, that's not the only incarnation of oral rinses.

Ratanhia Mouthwash Concentrate looks nothing like what you usually see on shelves. The red-labeled bottle holds less than two ounces of liquid, which includes none of the ingredients you'd expect. The organic title ingredient, ratanhia, acts as bacteria-battling astringent; myrrh disinfects; and horse chestnut bark is antiseptic. There's even a touch of germ-fighting silver.

It's used differently that typical mouthwash, too. Because it's concentrated-one bottle is equal to a gallon of your average formula-you don't swish a capful in your mouth. Instead, you shake a few drops into room-temperature water before rinsing or gargling with it.

There is one familiar feature, though: a peppermint taste with a touch of eucalyptus. Your breath feels fresh and your teeth feel cleaner-perhaps even more so than with what you're used to. 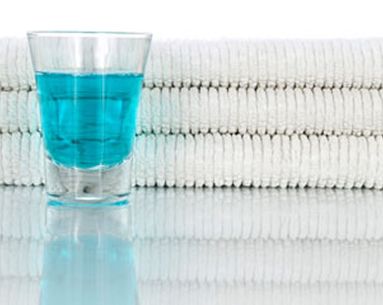 A new “Healthy Mouths” report from the makers of Listerine reveals that almost 80 percent of Americans feel concerned about germs on their hands but only 66 percent worry about germs in their mouths. What's even more surprising, is that while ...
READ ARTICLE
Recommended for you