ELIGIBILITY: Eligibility requirements for the NewBeauty Awards Program (the “Awards”) are set forth in the Awards submission materials available on NewBeauty’s Instagram and Facebook channels (the “Submission Materials”). Employees (and their immediate family members and/or those living in the same household of each) of NewBeauty magazine / NewBeauty Media Group, LLC (“Sponsor”) and its affiliates are not eligible to enter or win. Any company providing products for the Awards (“Brand Partner”) has no interest in, or control over, the Awards.

By participating in the Awards, entrants agree to be bound by these official rules (the “Official Rules”), and that the decisions of Sponsor regarding the Awards, and the application of the Official Rules, are final and binding in all respects.

JUDGING CRITERIA:  As described in the Submission Materials, winner will be selected at random.

AWARD WARRANTIES:  Each Awards winner acknowledges that Sponsor, its Affiliates and any Brand Partner, and their respective agents do not make, nor are in any manner are responsible for any warranty, representations, expressed or implied, in fact or in law, relative to the quality, conditions, fitness or merchantability of any aspect of any Award.

AWARD RESTRICTIONS; TAXES: Any and all applicable federal, state, and local taxes are the sole responsibility of an Award winner. Award(s), if any, cannot be substituted, assigned or transferred.

GENERAL CONDITIONS: THE AWARDS ARE VOID WHERE PROHIBITED. Sponsor’s failure to enforce any term of these Official Rules shall not constitute a waiver of that provision. Sponsor reserves the right at its sole discretion to disqualify any individual or entity it finds to be attempting to tamper with or undermine the submission process, and/or the legitimate operation of the Awards; to violate these Official Rules; or to act in an unsportsmanlike or disruptive manner or with the intent to annoy, abuse, threaten, or harass any other person with respect to the Awards.

RELEASE; LIMITATIONS OF LIABILITY; AND INDEMNIFICATION: BY PARTICIPATING IN THE AWARDS EACH ENTRANT AGREES THAT SPONSOR, AND ITS PARENTS, AFFILIATES, SUBSIDIARIES, REPRESENTATIVES, CONSULTANTS, CONTRACTORS AND LEGAL COUNSEL, AND ANY BRAND PARTNER, AND THEIR RESPECTIVE OFFICERS, DIRECTORS, EMPLOYEES, REPRESENTATIVES, AND AGENTS (THE “RELEASED ENTITIES”), WILL HAVE NO LIABILITY OR RESPONSIBILITY WHATSOEVER FOR ANY INJURIES, DAMAGES, OR LOSSES (DIRECT, INDIRECT, INCIDENTAL, CONSEQUENTIAL, OR PUNITIVE), AND SHALL BE HELD HARMLESS AND INDEMNIFIED BY ENTRANT AGAINST, ANY LIABILITY FOR ANY INJURIES, LOSSES OR DAMAGES OF ANY KIND (INCLUDING REASONABLE ATTORNEYS’ FEES AND EXPENSES) TO PERSONS, INCLUDING PERSONAL INJURY OR DEATH, OR PROPERTY RESULTING IN WHOLE OR IN PART, DIRECTLY OR INDIRECTLY, FROM SUBMISSION OR PARTICIPATION IN THE AWARDS OR IN ANY AWARDS-RELATED ACTIVITY, OR ANY CLAIMS BASED ON PUBLICITY RIGHTS, DEFAMATION OR INVASION OF PRIVACY OR INFRINGEMENT OF COPYRIGHTS RELATING TO THE AWARDS OR AN ENTRANT’S AWARD SUBMISSIONS OR ANY BREACH OF ENTRANT’S REPRESENTATIONS OR WARRANTIES MADE HEREIN. IN ADDITION, THE RELEASED ENTITIES ARE NOT RESPONSIBLE IF ANY AWARDS CANNOT BE MADE DUE TO ACTS OF GOD, ACTS OF WAR, NATURAL DISASTERS, WEATHER, BANKRUPTCY OR TERRORISM.

DISPUTES: Except where prohibited, each entrant agrees that: (a) any and all disputes, claims and causes of action arising out of or connected with the Awards, including, with limitation, the selection of winners shall be resolved individually, without resort to any form of class action, and exclusively by the state courts or federal courts sitting in New York, New York; (b) any and all claims, judgment, and awards shall be limited to actual out-of-pocket costs incurred, including costs associated with entering the Awards, but in no event attorneys’ fees; (c) under no circumstances will entrant be permitted to obtain awards for, and entrant hereby waives all rights to claim, indirect, punitive, incidental and consequential damages and any and all rights to have damages multiplied or otherwise increased. All issues and questions concerning the construction, validity, interpretation and enforceability of these Official Rules, or the rights and obligations of the entrant and Sponsor in connection with the Awards, shall be governed by, and construed in accordance with, the laws of the State of New York, without giving effect to any choice of law or conflict of laws rules (whether of the State of New York or any other jurisdiction), which would cause the application of the laws of any jurisdiction other than the State of New York.

DATA PRIVACY:  Entrants agree that personal data, particularly name and address (postal and email), may be processed, shared, and otherwise used for the purposes, and within the context, of the Awards; and entrants, by participating in the Awards, give Sponsor (and any of its Affiliates) permission to send entrants marketing and promotional information about Sponsor, affiliated brands, and Sponsor’s (and any of its affiliates’) marketing partners, and as otherwise permitted under Sponsor’s Privacy Policy available at www.newbeauty.com. Such personal data may also be used by Sponsor in order to verify an entrant’s identity, postal address, and telephone number, or to otherwise verify an entrant’s eligibility to participate in the Awards. Entrants have the right to access, review, or cancel any personal data held by Sponsor by writing to Sponsor at SANDOW, 3651 NW 8th Avenue, Boca Raton FL 33431, Reference: Privacy, or by emailing privacy@sandow.com. Personal data will be used by Sponsor and its Affiliates and marketing partners exclusively for the purposes stated herein. Any Awards entrant that is an individual (or other duly authorized person) may elect to exclude the name and address of that entrant from all lists used by Sponsor. To elect to have an individual's name excluded from all such lists, submit a removal request in writing to: SANDOW, 3651 NW 8th Avenue, Boca Raton FL 33431, Reference: Privacy, or by emailing privacy@sandow.com. 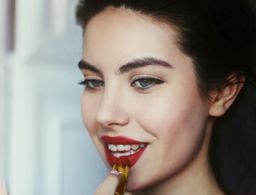