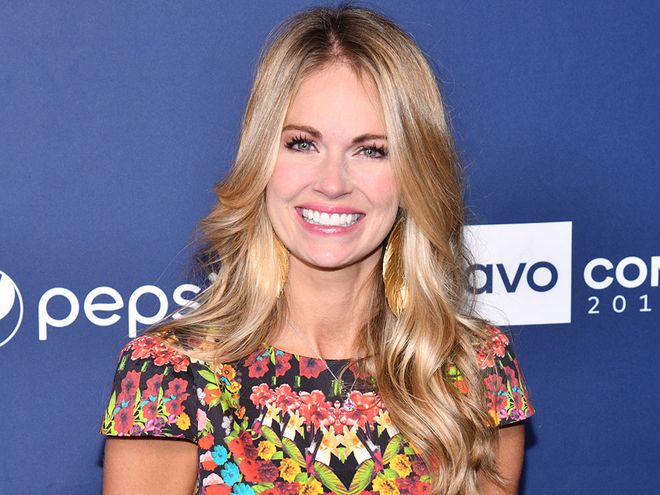 If you're a fan of the reality TV show Southern Charm, you know her as the resident moral compass who adopts neighborhood dogs and advises neighborly *dawgs.* If you're an Instagram enthusiast, you know her as a one-stop-shop for refreshingly honest commentary on pregnancy, A+ product recommendations and the joys of being in bed early. (Count yourself one in a million—literally. She has 1.2 million followers on Instagram alone.)

If you write for NewBeauty, you know her as the ultimate source of aesthetic predictions (thin lips are going to come back in style, people), as a no-nonsense mom with a bulletproof defense against internet trolls and a voice for the 15 million people who suffer from hyperhidrosis.

You May Also Like: Can Armpit Masking Really Fight Excessive Sweating and B.O.?

We sat down with the 36-year-old sage to glean the glam and maybe not-so-glam secrets of the World's Most Real (and Hilarious) Reality TV Star.

NewBeauty: You’re so present on social media and your every move is filmed on Southern Charm. What’s one thing we don’t know about you?

Cameran Eubanks: Well, one thing that a lot of people don’t know about me is that I do suffer from hyperhidrosis (excessive sweating), and I have a bit of a platform, being on the show and being on television, and part of the reason why I wanted to partner with Dermira and speak out about it is to make others feel that they are not alone if they have it, and ever since I have, I’ve started talking about it.

I’ve gotten tons of messages from other people saying, “Oh my god! I think I have this too. I never knew this was a medical condition." And they’re now going to their doctor or dermatologist, getting examined. So I encourage anybody that thinks they may have it to go to the website, checkyoursweat.com, and to see your doctor. And I’ll also add, it’s kind of a misconception that it’s something that if you have this, that you‘re unclean, that you don’t bathe. That is so far from the truth. It can affect anybody.

NB: November is Hyperhidrosis Awareness Month, and that’s something you were diagnosed with when you were eight years old. What does that diagnosis mean at such an early age?

CE: I was lucky that my mother recognized the symptoms of it early and took me to a doctor, so that I could get diagnosed. This is a condition, believe it or not, that affects over 15 million people in America. And there’s probably more people that have it, but a lot of people are not aware that they do have it. They’re not aware that it is a medical condition.

So when I got the opportunity to partner with Dermira to speak out about this and educate people on it, I jumped on the chance because there is a stigma that comes along with it, and you know, I’m hoping to kinda help squash that and make other people that may have it feel better about themselves.

NB: How does something like hyperhidrosis affect your day to day?

CE: So if you have hyperhidrosis, you’re one of the lucky ones. Typically, you tend to sweat four to five times more than the average person and for me, I have the primary axillary hyperhidrosis, which is in your armpits. So it affects you from the type of clothes you wear—I’m always looking for breathable materials—It can affect you hugging somebody, you shaking someone’s hand. A lot of times, during the summer especially, I’ll have to bring a change of clothes with me, so it definitely does affect your every day life and it’s kinda sad that people that have it, this is stuff that just becomes a part of their everyday and you get kinda used to it.

NB: Have you ever considered addressing hyperhidrosis with Botox or with other methods?

CE: I tried that [Botox] one time, but I don’t know. It didn’t work that well for me and my husband is a physician and he, I don’t know. He kinda talked me out of the whole Botox thing in the armpits because it’s a lot of units that you have to use for it to actually work and I don’t know. It kinda weirds me out. But yeah, I tried it. I didn’t have much success with it.

CE: Oh my gosh! I don’t know. I’m considering doing the facial needling. I haven’t tried that yet, but that’s probably going to be the next thing that I do. A lot of my friends do it and swear by it, so that’s probably next on my list.

NB: You recently celebrated a birthday. Happy belated! How does your beauty routine look differently from when it did, say, 10 years ago?

CE: How’s my beauty routine different? Oh my gosh! Well I get lots of Botox now that I’m in my mid-thirties. Not ashamed to say. That is about the extent of anything invasive that I do. I don’t do facials, peels or anything like that, but I do do Botox.

NB: You’re also very vocal about your experience parenting on social media. How do you deal with haters that comment?

CE: Well, I tell everybody if you do not want to receive criticism from the public, you should not put yourself on reality television. That is something that, you know, comes along with the territory, and you know, I believe in free speech. I do not delete comments on my social media. I think everybody has a right to their opinion and I signed up for it so, I get it.

NB: Do you have any beauty tips for fellow moms who may not have a ton of time each day?

CE: With a toddler, it’s very hard to get ready in my bathroom, so I have a little makeup-slash-hair station in my living room where I get ready every morning so I can keep my eyes on my child because if I have her in my bathroom, it would be a wreck, so that’s one thing.

NB: Did you ever feel pressure to have a major body "bounce back" after pregnancy, like a lot of female stars do?

CE: Not really. I was so consumed with being a new mom and all the hormones and emotions that come along with that, that I really did not have time to worry about my body. I mean, it’s not like I was trying to impress anybody. Granted, I gave birth to her in the middle of filming. So yeah, that was a little stressful, not gonna lie, but I mean, no. My husband loves me. That’s all that matters.

NB: I know you’re a brand ambassador for Kate Hudson’s Fabletics. What does your fitness routine look like?

CE: My fitness routine is pretty much anything I can do in my neighborhood or my house. I do not like going to the gym. I’m not really a big fan of working out in public, so I’ll do weights in my bedroom. I’m not a big fan of running, but I do like to walk. I try to walk and get my heart rate up at least once a day. So really that, yoga, stretching and strength training, but all within the confines of my home.

NB: You’re sort of known as the voice of reason on Southern Charm and you’re always the person giving the best advice, but what’s the best advice you’ve picked up from your castmates?

CE: That’s a good question because I feel like I’m always the one giving them advice. I would say the person on the show that gives the best advice to me would be Patricia. She’s older and wiser and she’s kind of our mother figure. She gives great advice about being a lady, being proper, having good manners. But she’s also a very strong woman. She’s kind of our steel magnolia. I’ve definitely learned the most from her.

NB: Are there any wellness practices or secrets that keep you sane when energy is crazy on set?

NB: Are there any beauty trends you wish would disappear?

CE: I think the overly inflated lips—I think it’s very noticeable and I don’t get it. I don’t know. Maybe thin lips will come back into style in the next 10 years, who knows? 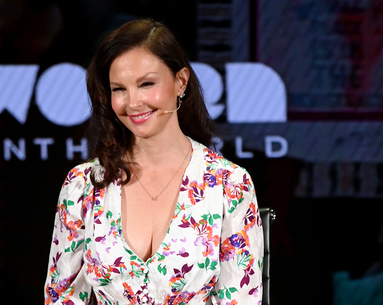 The actress/activist has beauty and brains. 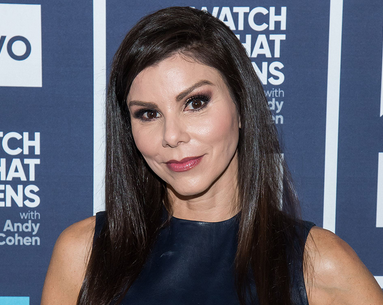 Celebrity
Heather Dubrow Has Been Getting This Treatment for 20-Plus Years—Even Before It Was Approved!

Preventative measures to the max. 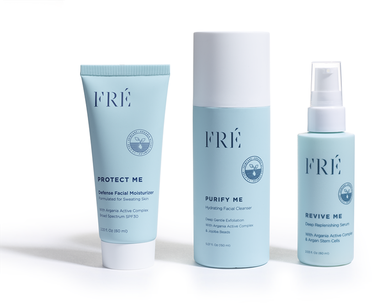 Antioxidants
This Skin Care Line Was Specifically Made for Sweating Skin