It’s official: There are fake supplements being sold on the market and they're posing a potentially huge threat to consumers. The latest to come under fire? Sunscreen pills. According to the Food and Drug Administration, there’s no such thing as sunscreen pills and companies selling them should stop immediately.

“There’s no pill or capsule that can replace your sunscreen,” FDA commissioner Dr. Scott Gottlieb said in a statement released earlier this week. “We’ve found products purporting to provide protection from the sun that aren’t delivering the advertised benefits. Instead they’re misleading consumers, and putting people at risk.”

You May Also Like: A $5 Walmart Sunscreen Just Blew the Competition Out of the Water in Consumer Reports' Latest Rankings

Specifically, companies making the products GliSODin Skin Nutrients’Advanced Skin Brightening Formula, Napa Valley Bioscience’s Sunsafe Rx, Pharmacy Direct’s Solaricare and Sunergized LLC’s Sunergetic are being targeted by the agency due to their claims that the products can protect users from both harmful UV rays and premature aging caused by sun damage. Unfortunately, the FDA says these claims “are putting people’s health at risk by giving consumers a false sense of security that a dietary supplement could prevent sunburn, reduce early skin aging caused by the sun, or protect from the risks of skin cancer.”

Ultimately, the only way to protect yourself against sun damage is to wear sunscreen. And in light of Hawaii’s most recent sunscreen ban, an all-natural version like the VIVE SANA Daily Protezione ($55) is one of the better options on the market. So, slather it on every day—you’ll be happy you did.

Scary findings for the popular sunscreen. 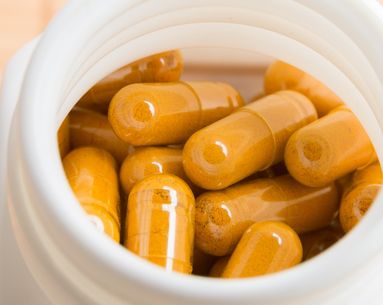 A cautionary tale as to why you should always talk to your doctor.

Sun Damage
If You Have Pale Skin, This Is The Most Important Skin Care Rule to Live By

It's important for all skin tones, but crucial for pale skin.