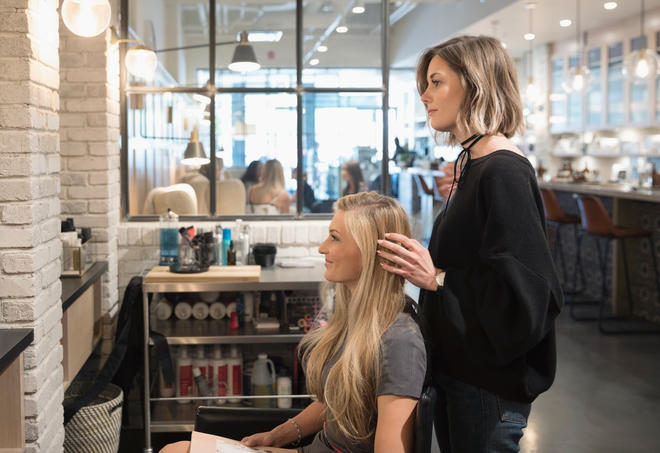 As anyone battling frizz can tell you: The struggle is real. Good blowout? That's cool in the chair, but what's the temp planning to hit at 3 p.m.? A new strand-smoothing serum that looks amazing while you're still in your bathroom, fresh under the blow-dryer? Sounds great, but how will it really stand up as soon as you step outside?

The bottom line: Questioning—and prepping for a barrage of flyaways—is constant.

But now, as Chemical & Engineering News reports, your hair-dye might be the ultimate helper in the war on frizz.

As researchers from Northwestern University have found, a new carbon material may have the power to not only dye hair, but leave it frizz-free as well.

According to the report, "the product, for which the team has filed a provisional patent application, can be prepared as a low-cost, durable, water-based, formulation that does not include toxic compounds commonly used in hair dyes. As an added bonus, graphene-colored hair effectively combats electrostatic frizz."

The researchers, who made the dye, "used the biopolymer chitosan and ascorbic acid (vitamin C) to disperse flakes of graphene oxide (GO)—and the darker derivative, reduced GO—in water," which formed a smooth coating on the hair surface.

Even better, the researchers showed that the dye works as a quick fix; it can be applied by spraying or brushing, binds tightly to hair and resists fading for at least 30 washings.

You May Also Like: 4 Salon Treatments That Totally Transform Your Hair